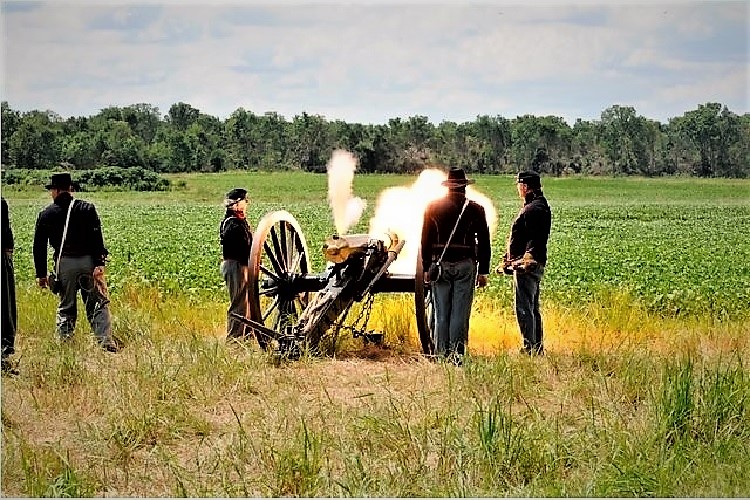 (MURFREESBORO) The Tennessee Historical Commission and the Tennessee Wars Commission announce the awarding of over $900,000 in matching grants through the Tennessee Civil War Sites Preservation Fund. That includes the continued funding for the largest land acquisition for Murfreesboro's Stones River National Battlefield.

In addition to $1,827,502 awarded to the Stones River Battlefield in the last grant cycle, this year's grant award of $710,530 will help complete the expansion of protected lands by 48 acres.

The additional property is contained in two tracts. It includes property where troops under Major General William Rosecrans and General Braxton Bragg faced off. It is also where George Wagner's troops were positioned during the Battle of Stone's River, from December 31, 1862, to January 2, 1863--the final day of fighting. On that day, General Bragg ordered an attack on General Van Cleve's division, as Van Cleve's men occupied a hill overlooking McFadden's Ford.

Since 2013, Tennessee's Real Estate Transfer Tax growth funds have supported the TCWSPF grant program. TCWSPF provides matching funds for the Federal American Battlefield Protection Program, which is available for the preservation of properties associated with the 38 most significant Civil War sites in Tennessee.

The program can also provide matching funding for the acquisition of an Underground Railroad site eligible for listing on the National Register of Historic Places or for National Historic Landmark designation. Applicants must hold a 501 (c) (3) non-profit status and provide 50% of the project funding from a non-state source.