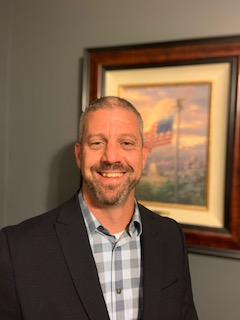 Murfreesboro, TN-- Local businessman and licensed real estate appraiser Travis Johnson has announced that he will seek the office of Assessor of Property for Rutherford County in the upcoming March 3rd Republican primary.

Johnson owns and operates The Johnson Group, Appraisal and Real Estate Services, a successful small business focusing on both appraisal and real estate services. "My seventeen years of industry experience with appraisals will be most helpful when carrying out the constitutional duties of Assessor of Property." Johnson continued, "I will provide fair and honest assessments for the residents of Rutherford County."

"Government spending must be restrained," Johnson stated. "As a fiscal conservative, I sincerely believe that we must streamline and maximize accuracy and efficiency."

Johnson has been married to his wife Tiffany for 18 years and together they have seven children and three grandchildren. He has served Rutherford County as a member of various boards, including the county Board of Equalization. Additionally, he is a member of the Tennessee Appraisers Coalition and Middle Tennessee Association of Realtors.

"I would appreciate your support and your vote in the upcoming Republican primary," said Johnson. "It is imperative that the Republican Party select a consistent conservative as its nominee. I am a lifelong Republican, member of the Rutherford County GOP and The TN GOP. Also, I am a proud supporter of President Trump and will manage the Assessor's office with the conservative principles that have guided me throughout my lifetime."

Early voting in the Republican primary is from February 12 - 25. Election Day is March 3rd.