Unknown caller told victim he was Rutherford County Sheriff Robert Arnold and that he owed money to the IRS? 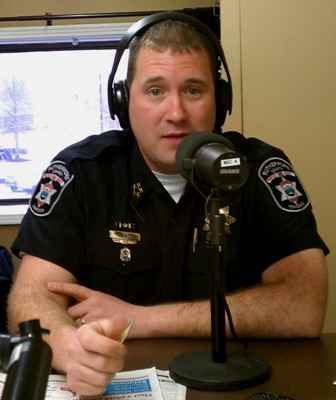 Caller claims to be Sheriff Arnold - However, caller had a foreign accent

In the past 2-weeks we have brought you up to date on two stories involving phone scams. In one case, a man claiming to be with the Murfreesboro Police Department told a potential victim that she owed money to the city after being caught running a red light. In another story, we told you about a man who told a woman he was with the Sheriff’s Office and she owed money for missing jury duty. Well, now we have another scam to tell you about involving someone posing as an IRS Agent and then telling a victim that he was Rutherford County Sheriff Robert Arnold.

On Monday morning, a man received a phone call from someone claiming to be an IRS Agent. The victim was told that he owes the IRS $5,975.79. The victim hung up.

After hanging up on the caller, he received two more phone calls. One of those calls came from a man claiming to be Rutherford County Sheriff Robert Arnold. However, the caller had a foreign accent. As most of you know, Sheriff Arnold is from here, not a foreign country. The man who claimed to be the Sheriff told the victim that he had a warrant for his arrest. The victim told the caller that he wanted his phone number so that he could call him back. When he called the number back, it went to the Rutherford County Sheriff’s Office. The victim hung up on dispatch and quickly called Murfreesboro Police.

When officers met with the victim, the phone rang again. It was again someone claiming to be with the Sheriff’s Department. The responding police officer got on the phone and asked the con-artist for his dispatch number. The call quickly ended. The detective division was notified, but no arrests have been made. The Sheriff's Office was also notified of the incident.