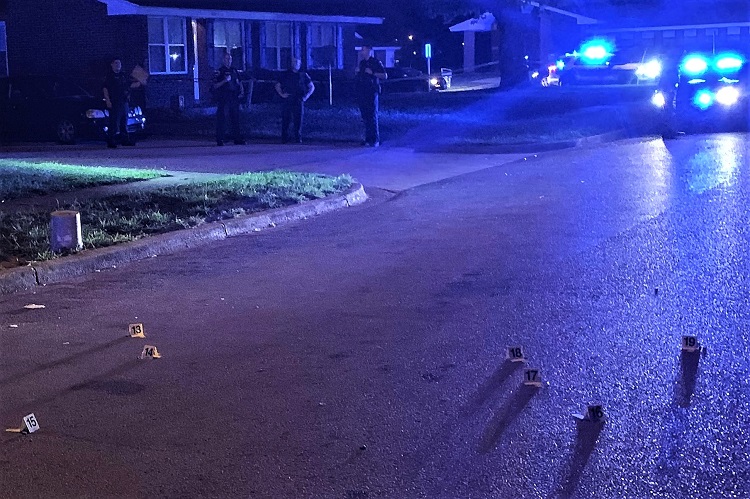 (MURFREESBORO) Here's an update on the Thursday (7/11/2019) morning shooting that occurred around 12:51AM in the 700 block of Minor Street. 49-year old Darnell Mayer was treated on the scene by personnel from Rutherford County Emergency Medical Services, who then transported him by ambulance to Vanderbilt Medical Center where he is listed in stable condition with non-life-threatening injuries.

The preliminary investigation revealed Mayer approached a vehicle on Minor Street and spoke briefly with two occupants before one of them, inside the vehicle, started shooting.

No arrest have been made, but the investigation is continuing as detectives with the Murfreesboro Police Department gather evidence and try to determine a motive.

He Believes Someone Is Out To Kill Him

He told police that he feels someone is out to kill him.

In the past few weeks, Mayer's has been shot twice and hit by a vehicle. The previous shooting was approximately 7-weeks ago (May 6, 2019) at the corner of Minor Street and Hancock Street. Police reports show that the suspect fled the scene in that case. In addition, the Murfreesboro man suffered minor injuries 5-weeks ago (June 11, 2019) when he was struck by a car while walking near Mercury and Middle Tennessee Boulevards.

The investigation into those previous incidents is also on-going.

Read more from:
News
Tags:
700 block of Minor Street, in past few weeks he has been shot twice and hit by a car, MPD, WGNS
Share: