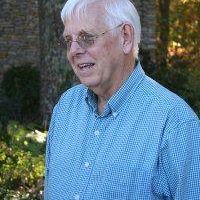 UPDATE: The court date for a man accused of aggravated sexual battery against a 12-year-old was delayed last week. Thomas Evans Baird was set for a Jan. 3 court date, but his case was continued until Feb. 14 at 1 p.m.

Baird, who was released from jail on a $10,000 bond, was ordered by Coffee County Judge Jere Ledsinger to stay away from people under the age of 18 and wear a GPS monitor as a part of his bond agreement.

According to a motion filed by the district attorney office, on December 9, 2018, Baird was found to be present at St. Barnabas Episcopal Church in Tullahoma where one of his alleged minor victims was present. Further, the State says that Baird knew or should have known that one or more of his victims would be present at the church as they are regular attendees. Coffee County District Attorney Craig Northcott says the man was confronted by church security. He refused to exit the sanctuary to speak with Tullahoma Police officers who had been called to deal with the situation. Tullahoma officers were forced to enter the sanctuary to confront Baird about being in the presence of children in the worship service.

In a separate incident on the same date (December 9, 2018), Baird allegedly attempted to contact one of the victims' mothers, and she reported the incident to Manchester Police.

On December 17, Ledsinger ruled that attending church with minors in the audience was not a violation of his bond.

A man that served as band director for 30 years at Westwood Junior High, now Westwood Middle School, in Manchester has been arrested and charged with one count of aggravated sexual battery against a 12-year-old. That is a Class B felony in the state of Tennessee.

Evans Baird, who was also the chorus director at the school and was the director of various events in Manchester before his retirement, was indicted in Coffee County Court on Wednesday, Nov. 28.

District Attorney Craig Northcott says that Baird posted the $10,000 bond and was released from the Coffee County Jail.

Coffee County Judge Jere Ledsinger added a bond condition Thursday at Northcott's request that restricts Baird from being in contact with anyone under 18 years old.

Northcott said that it is suspected that there might be other victims, and he is asking that anyone that could have been a victim or know of someone to please come forward. He says that if you can, contact his office or your local police department.