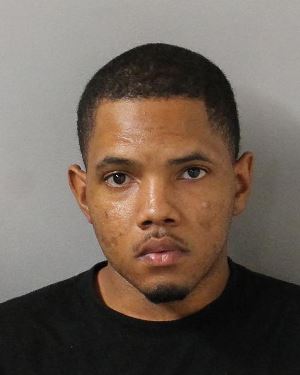 UPDATE: Criminal Investigations Division detectives charged Darrien Williams, 21, with the attempted murder of a LaVergne police officer, felony evading arrest and three counts of child endangerment for leading LaVergne officers on a pursuit into Davidson County and then shooting at one of them with a rifle.

Smyrna Police on Monday morning were investigating Williams for firing a shot in his apartment that went into the unit below. As a result of that investigation, Smyrna pursued Williams. The pursuit was later picked up by LaVergne officers and entered Davidson County at 11:15 a.m. Williams was forced off the roadway by LaVergne officers near the intersection of Smith Springs Road and Castlegate Drive. Williams then opened fire on one of the LaVergne officer's marked police vehicle. It was hit by multiple rounds. The officer escaped injury and returned fire.

Williams fled on foot, leaving behind his three children, ages 3, 2 and 9 months. They were unharmed.

Williams will also be facing charges in Rutherford County.