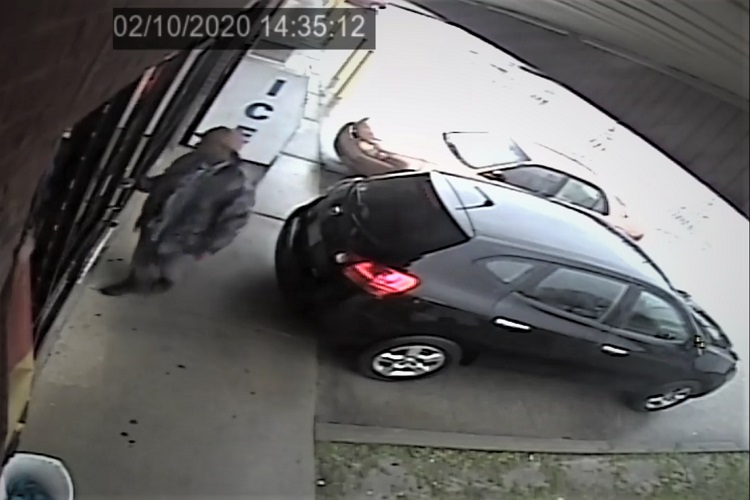 The man shot around 1:34PM a week ago Monday afternoon (2/10/2020) is improving at Vanderbilt Medical Center. 40-year old Malak Ishak, owner of MGM Tobacco and Beer Market, is now in stable condition. In fact, reports indicate that he is awake and talking.

Ishak was the "on duty clerk" when a black male wearing a camo jacket, walked into the store at 2415 Halls Hill Pike.

There was no lengthy discussion between Ishak and the shooter, because the surveillance video timer showed that only 1-minute and 42-seconds elapsed from when the criminal walked into the business and when he fled the scene in the owner's vehicle.

By the way, Ishak's car still has not been recovered. It is a 2010 black Nissan Rogue that was parked in front of MGM Tobacco and Beer Market just before the shooting. The vehicle's Tennessee license tag number is 4M7-2B1.

If you see this vehicle, can identify the robber, or have any information related to the robbery-shooting, please contact Detective Richard Presley at (629) 201- 5615.

f you saw or heard anything dealing with this robbery and shooting, you could get a cash reward of up to $1,000 if your tip leads to an arrest and conviction. Phone CrimeStoppers at 615-893-STOP (7867).