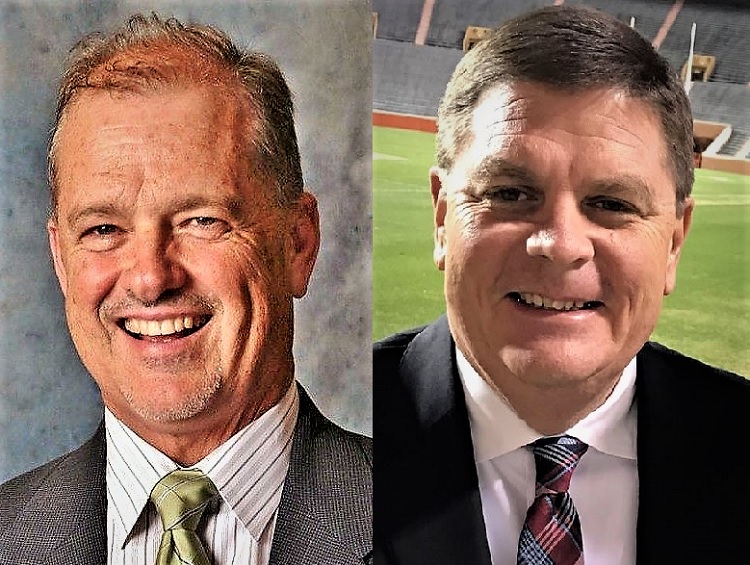 (NASHVILLE) After 33 years of service to the radio and television broadcasters across Tennessee, Whit Adamson is preparing to retire from his post as president of the Tennessee Association of Broadcasters, the organization announced Thursday (12/19/2019). Tennessee Broadcast Executive Chris Baker will take over the reins.

Chris Baker has been active in Tennessee and Kentucky broadcasting for much of his life, and was General Manager of Knoxville's WVLT-TV for 19-years before joining SH Data Technologies in that city as its Executive Vice President and Chief Operating Officer.

Adamson decided not to seek an extension beyond September, 2020, on the position he has held since July of 1987.

He noted, "The evolution of our radio and television industries, state and national associations, and stakeholder organizations is ultimately the key to our relevance, longevity, and success. Having been in the broadcasting industry for over forty-five years, after a start in the sales department at WSM-TV in Nashville in 1973, I have not only witnessed our evolution, but proudly contributed to the TAB's growth and stature across all parties."

"When I had the honor of being selected to lead this great organization, I vowed that on my watch, we would someday have a thoughtful, well-planned, and proper transition," he continued. "Accordingly, I have been working with our Chairman Tracey Rogers, along with the Board and Search Team to put the various elements in place that will ensure transparency, best practices, and the TAB's ability to find the very best, brightest, and qualified leadership to take us into our eighth decade of operation."

"That pursuit of excellence and understanding of the fine missions we embrace and deliver has come to fruition with the hiring of Chris Baker as the next President and CEO of the TAB" said Adamson. "His professional success and history of involvement along with thirty-five years of diversified leadership in our industry and heart felt and visionary leadership, we know we have found the right person to build on our solid foundation as the TAB continues its work to ensure that all broadcast-licensed radio and television properties remain a thriving part of our cultural heritage. Chris has experience as a TV general manager, radio equity partner and general manager, sales in both mediums, and past broadcast association chairman positions in Tennessee and Kentucky." Adamson said.

"I am humbled and honored by the opportunity that Whit and the board have afforded me to serve the industry that I love. Over the past 33 years, under Whit's leadership, the TAB has become a premier state leadership organization. Whit's impeccable reputation and industry respect, have made him a part of the fabric of our industry, and we are committed to working hard to continue his proud legacy for many years to come." said Baker.

Baker's first day at the Tennessee Association of Broadcasters in Nashville will be with the first of the coming New Year. Adamson will continue full-time for 6-months to work with the new president, before a period of serving on a part-time basis.