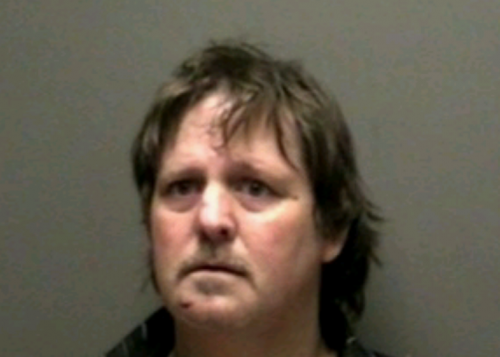 Another arrest has been made in Murfreesboro for “Falsification of a Urinalysis.” This is evidently a growing concern among the medical community, insurance providers, employers and law enforcement.

In the most recent case, 46-year old Troy D. Douglas of Kentucky visited a Murfreesboro doctor’s office and participated in a urinalysis. Evidently his test raised some suspicion at the clinic and Murfreesboro Police were called.

Douglas apparently told officers that prior to visiting the clinic he attempted to dilute his urine by taking a product he purchased at a health food store. During the actual urinalyses, Officer S. Jackson wrote…

“He further stated that during the urinalyses he sprinkled oxycodone in his urine cup. He stated that he did this to try to obtain another prescription fill.”

The suspect told the officer that he has not been taking his pain medication as directed and he ran out early. Douglas was booked into the Rutherford County Adult Detention Center under a $6,000. He was later released and scheduled to appear in court on June 26, 2014.

WGNS found several websites and discussion rooms talking about adding drugs to your urine to make it appear as if you had been taking your prescription as scheduled so that you can qualify for a refill. However, most discussion participants noted that this trick does not work.

Oxycodone is a semi-synthetic opioid synthesized from poppy-derived thebaine. Oxycodone is a strong narcotic pain-reliever and cough suppressant similar to morphine, codeine, and hydrocodone.