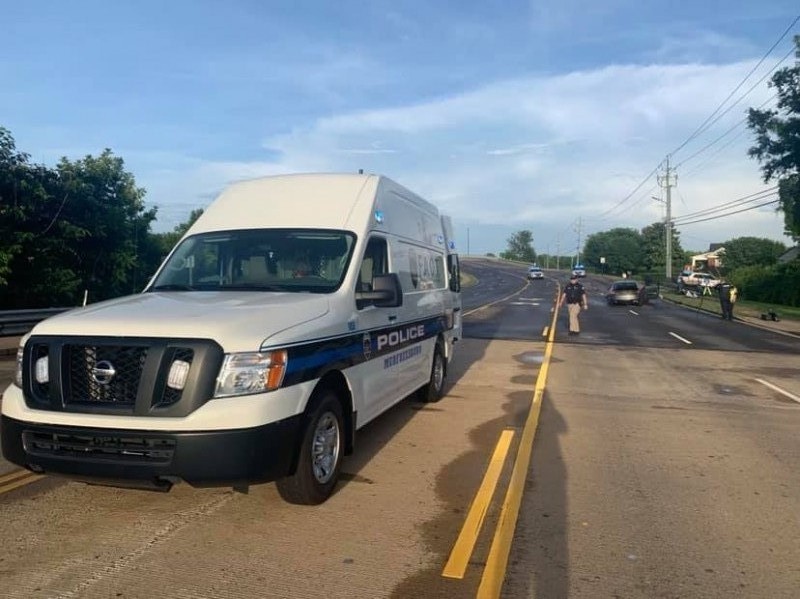 (MURFREESBORO)  Here is an update on the 5:26PM Sunday (6/28/2020) afternoon two car crash on Medical Center Parkway.  An Antioch man has died, and three others were hurt, including a five-year-old child.

Police describe the tragic accident as a near head-on collision that was the result of driving too fast in the rain.

The preliminary investigation revealed the driver of a 2008 Honda Accord was traveling west on Medical Center Parkway and lost control as she crossed the bridge near Warren St.  The wet street caused the Honda to hydroplane and swerve into the oncoming lane of traffic, striking a 2002 Ford Mustang.

The driver of the Mustang and a back-seat passenger, 34-year-old Maximo Chicaj-Lopez of Antioch, had to be extricated from the Ford by members of the Murfreesboro Fire Rescue Department (MFRD).  Chicaj-Lopez was initially assessed on the scene by personnel with Rutherford County Emergency Medical Services (RCEMS) and MFRD, but he later died at St. Thomas Rutherford Hospital.

The Ford Mustang's driver and a front-seat passenger were transported to the ER by RCEMS with non-life-threatening injuries.

The driver of the Honda Accord was not injured, but a five-year-old female was also taken to the hospital and treated for injuries. The five-year-old was not in a child restraint or belt-positioning booster seat.

No charges have been filed at this time; however, the crash is under investigation by members of the Murfreesboro Police' Fatal Accident Crash Team (F.A.C.T.).