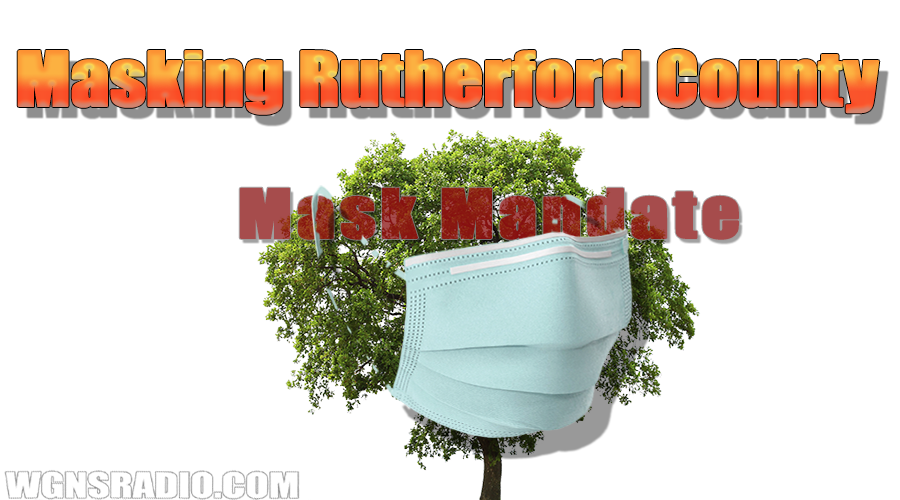 “We are still asking the community to be #RutherfordResponsible,” said Ketron, “but rather than strongly encouraging wearing a mask, we are requiring it.”

Ketron said the decision to make masks mandatory came just two weeks after the #RutherfordResponsible initiative was launched. “We received a lot of support from our local businesses including some of our big box stores,” he said, “but the reality is, some of our citizens and visitors just are not taking this health event seriously enough.”

Mayor Ketron said that Rutherford County is known for a lot of great things, but most recently, the community has been receiving a lot of negative attention due to rises in cases per capita. “We have got to do everything we possibly can to slow the spread of this virus in our communities. The sooner, the better.”

The mask mandate for Rutherford County follows Governor Bill Lee’s Executive Order 54 (attached). This order outlines the exceptions for when masks are required. Executive Order 54 expires at 11:59 p.m. on Monday, August 3. “Upon the expiration of the order, I will reassess our local situation and act accordingly,” said Ketron.

Town of Smyrna Mayor Mary Esther Reed says she supports Ketron’s decision. “The Mayors’ Caucus has been in constant contact about this ongoing health situation and collectively, we have supported the decisions that have been made thus far. Though difficult to make, we hope this decision will help protect our communities and move us in the right direction.”

“The majority of local health care officials ask the community to wear face coverings when social distancing is not possible. It is important for us to do all that we can to prevent the spread of the virus and avoid another shutdown,” said City of Murfreesboro Mayor Shane McFarland. “So, please cover the nose and mouth whenever you cannot socially distance.”

City of La Vergne Mayor Jason Cole echoed McFarland’s comments stating, “The health and welfare of our citizens is of the upmost concern for us during this pandemic. Masks are an important way to stop the spread and keep us all safe.”

“When staying six feet apart is not possible, wearing a mask combined with other protective measures as outlined by the Centers for Disease Control and Prevention, can potentially get us back to a state of normalcy in our communities more quickly,” said City of Eagleville Mayor Chad Leeman.

“That’s exactly what we intend for it to do,” said Mayor Ketron. “We need your help!”

As part of the #RutherfordResponsible campaign, community members including dignitaries, business owners, healthcare professionals, and Rutherford County residents, submitted photos wearing masks and noting for whom they wear the masks. RCTV, Rutherford County’s local government access channel, compiled the photos and created this short public service announcement: https://youtu.be/EZJnbeAPM7Y. Citizens can still participate by taking a photo wearing their masks with a sign displaying text for whom they are masking. When posting photos, citizens are encouraged to use the hashtags #RutherfordResponsible and #MaskingForaFriend.

“Please continue to be #RutherfordResponsible and adhere to the masking guidelines set forth in Executive Order 54,” said Mayor Ketron. “We sincerely want our community to be safe, resilient, and back on track to being one of the best in the great state of Tennessee!”