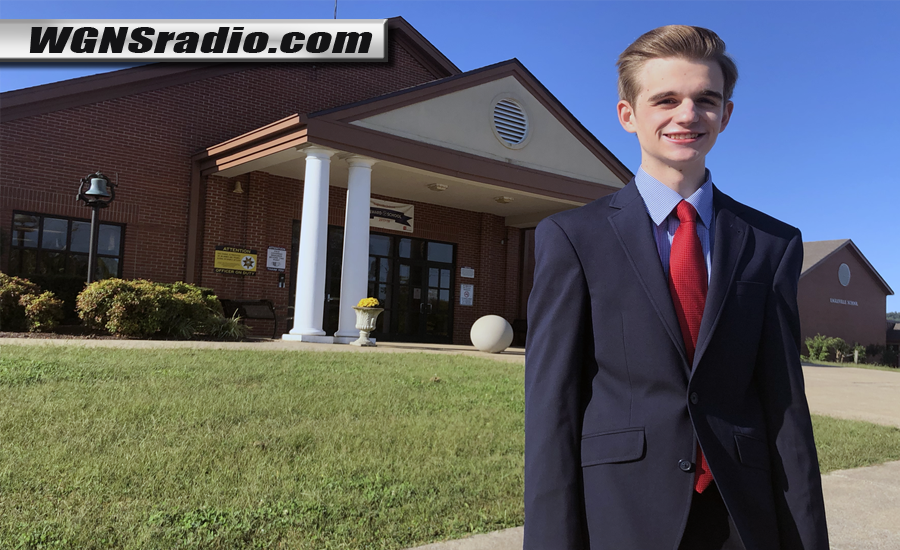 As teenagers, Garren Hamby’s parents were involved in FFA.

When their son showed an interest and their previous school district did not offer the program, they uprooted their family and moved to Eagleville. They knew the FFA and agriculture programs led by Bruce Haley and Emily Marshall would provide their son with a lifetime of opportunities, and yet no one could have imagined the opportunity their son received last week.

Hamby has been personally selected by Gov. Bill Lee to serve as a student representative on the 11-person State Board of Education for the 2020–2021 school year. Hamby is only the third student selected in the past six years and the first by Lee.

Thursday evening, Hamby will be recognized during a pinning ceremony at the Rutherford County School Board meeting beginning at 5 p.m., which will be held at the school district’s central office at 2240 Southpark Drive in Murfreesboro.

The pinning will be handled by fellow board member Gordon Ferguson — president and CEO of Saint Thomas Rutherford Hospital and president of Saint Thomas Regional Hospitals — who represents District 4 on the state board of education.

Nathan James, director of legislative and external affairs for the state board, will also be on-hand for the ceremony.

The board includes one member from each of Tennessee’s nine congressional districts, plus the executive director of the Tennessee High Education Commission and a student member. All members are appointed by the governor and confirmed by the General Assembly, according to the state board’s website.

“I’m excited about this appointment,” James said. “The board functions better with a student member. … The student brings the perspective of what’s going on right now.”

Hamby is a voting member of the board.

“It’s a big deal,” said James, who explained that Hamby can exercise the full authority any other member of the board is granted through its bylaws.

The work of the state board is similar to the district level school boards, according to James, who added, “but magnified by a considerable factor” because education is one of three aspects of government — roads, jurisprudence and education — that affects everyone in the state.

“The state board of education gives a cross-section of Tennesseans the ability to weigh in and have authority to making the rules,” James said.

“For me, it’s kind of exciting to be involved with government because I’ve always kind of wanted that,” said Hamby, whose interest in local politics emerged when he was in middle school.

Haley is equally excited for the opportunities it will present for his student.

Garren, who was nominated for the state board of education by East Tennessee regional FFA consultant Stena Meadows, is contemplating attending Tennessee Tech University or Oklahoma State University, where he could double major in ag communications and ag economics.

He would like to pursue a career promoting agriculture in any way he can, he said.

Last week, Hamby was briefed on issues facing the board and went over all legal responsibilities, including the open meetings act.

Hamby, who will take part in quarterly and special-called meetings, participated in a special-called virtual meeting Monday morning in which the board discussed and voted on an issue related to the authorization of charter schools.

With the appointment of a student member, it now takes six votes to take an affirmative action.

“When something is voted on, they use Robert’s Rules of Order and (Hamby) knows it front and back,” said Haley, who has been focusing on teaching and drilling FFA students for decades. “Things he’s learned in the FFA, he’s going to see put to work now.”

And he already has.

“Honestly, it’s been a great four years over there,” said Hamby, with regard to attending Eagleville. “FFA, as a whole, has done a lot for my life and this is a part of that. I can’t forget my high school years, that’s for sure.”