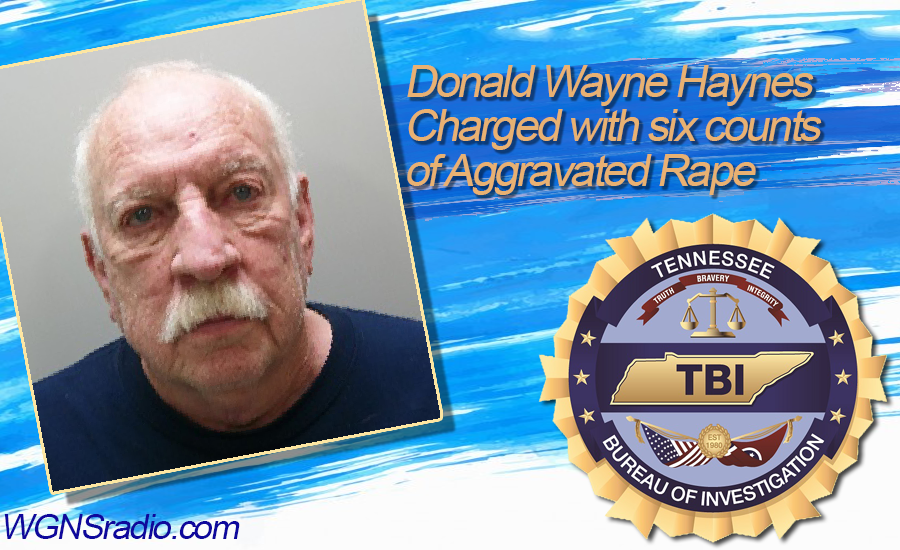 UPDATE: (LEBANON, TN)  In neighboring Wilson County, an investigation by Special Agents with the Tennessee Bureau of Investigation has resulted in the indictment and arrest of a man charged with the alleged sexual assault of a female more than 40 years ago. At the time, the woman would have only been a child.

The investigation that led to this arrest began last July at the request of 15th District Attorney General Tommy Thompson.

ADVERTISEMENT
TBI Agents began investigating allegations that a woman had been the victim of sexual assault several decades ago, when she was under the age of 13. During the course of the investigation, agents developed information that between June of 1979 and November of 1985, Donald Wayne Haynes sexually assaulted the victim on multiple occasions at his home in Wilson County, according to the TBI.

Statute of Limitations Not Issue with Above Case:

When detectives investigate a crime, they have to follow the laws that were in effect when the crime took place. For example: If a crime occurred in 1980, police have to follow laws from 1980 to pursue charges.

WGNS has received messages from listeners asking how an arrest like the one above is possible due to the statute of limitations in Tennessee.

The reason there is not an issue with the statute of limitations in this case is because the crime allegedly took place between 1978 and 1989.

In that 11-year window, Tennessee Code Annotated showed that crimes punishable by death or life imprisonment did not have a statute of limitations.

In the category of sexual crimes, both forcible rape and aggravated rape to a victim under the age of 13 were charges that carried the possibility of life imprisonment (1978-1989) – which means those two charges had no statute of limitations. Again, this is only true if the crime took place between 1978 and 1989.