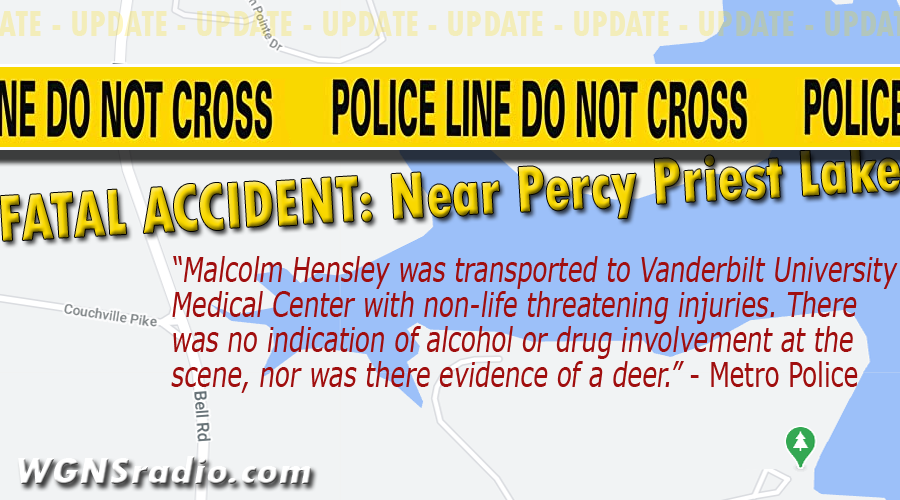 The father of a 4-month-old boy fatally injured in this past Friday's (11/13/20) 1:50 a.m. single-vehicle crash on Bell Road near Couchville Pike is saying that a deer crossed into his path, causing him to veer off the roadway. The wreck was near Percy Priest Lake.

Killed when the 2008 Ford Focus crashed into a rock wall was Messiah Hensley.

ADVERTISEMENT
When the Nashville Fire Department arrived on scene to extricate the driver, Malcolm Hensley, 21, they found him in the driver’s seat with Messiah in his lap. Hensley said Messiah was in a child safety seat, which officers found to be be unsecured in the vehicle, at the time of collision. An autopsy is pending to determine the exact injuries to Messiah.

Metro Nashville Police said in a media release, "Malcolm Hensley was transported to Vanderbilt University Medical Center with non-life threatening injuries. There was no indication of alcohol or drug involvement at the scene, nor was there evidence of a deer."

The completed crash investigation will be staffed with the District Attorney’s Office for a determination as to whether charges will be placed.