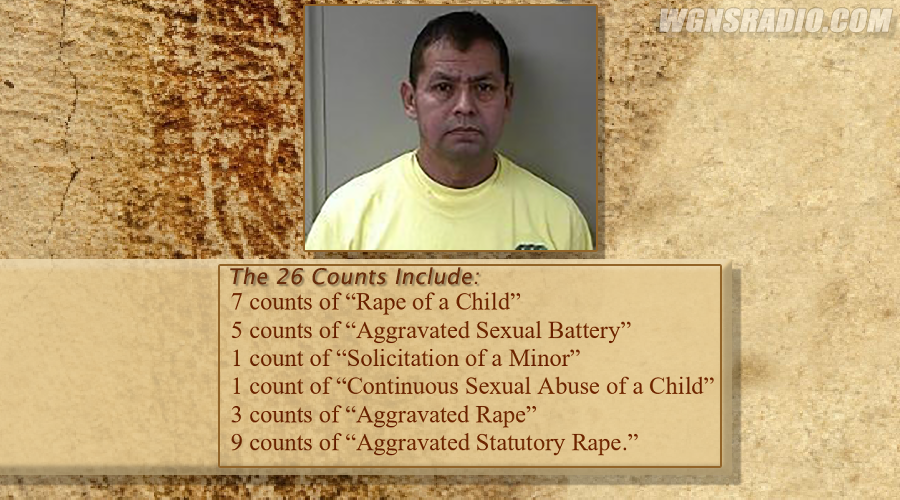 WGNS NEWS - A five-day trial has been scheduled in a Rutherford County Circuit Courtroom for a man by the name of Juan Florentino.

The 58-year old suspect is facing a long list of charges dealing with the alleged sexual abuse of a child.

ADVERTISEMENT
The reported crimes against the juvenile reportedly occurred in Smyrna, TN, which is where the charges stemmed from after their extensive investigation. The investigation was under Detective Marcy Gossett with the Smyrna Police Investigations Unit.

Reports indicate the 5 day trial will take place on December 7, 2020. A Pre-Trial Hearing has been set for 1 PM on Tuesday, Nov. 24, 2020 before the Honorable Judge Barry Tidwell.