While school was not called off on Monday (1/11/2021) morning due to snow in Rutherford County, the schools did decide to release students one hour early...

"Parents, we’ve received more snow than expected but temps are forecast to rise above freezing later this morning. Any absences caused by road conditions will be waived."

TOPIC: The Rutherford County Library System and a look at the Winter Reading Program 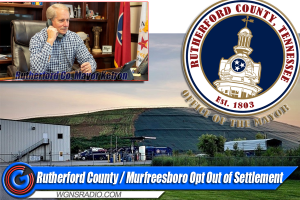