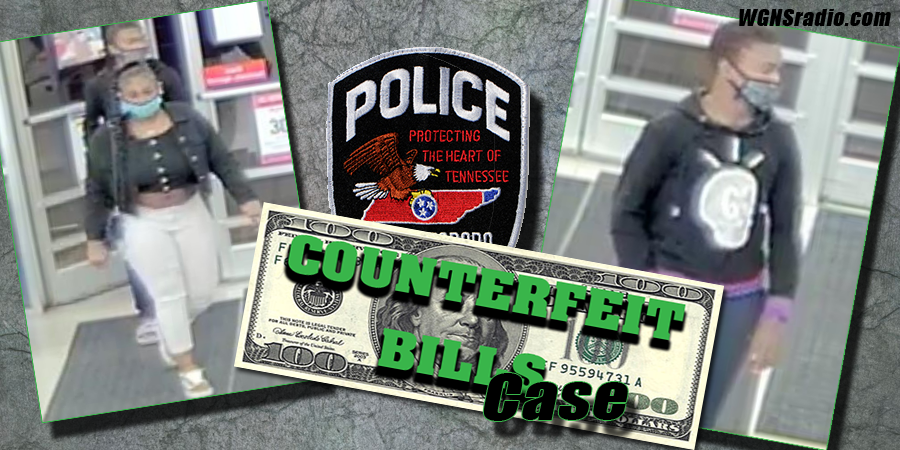 Two individuals wanted for questioning in regards to their involvement in using counterfeit money at a Murfreesboro business have been identified.

The subjects are accused of using counterfeit bills at the Hobby Lobby store off of Old Fort Parkway. A cashier at the store detected that a $100 bill used by one of the two was a fake. The second suspect used another $100 bill at a different cash register, which was not detected as counterfeit until later in the day.

The detective working the case has requested a warrant charging 18-year old Mohogani Taylor with Criminal Simulation (Class E -Felony), Theft Under $1,000, and Contributing to the Delinquency of a Minor.  The juvenile who was reportedly with her is being referred to Juvenile Court for prosecution.

The detective is awaiting the judicial commissioner to sign the warrant.