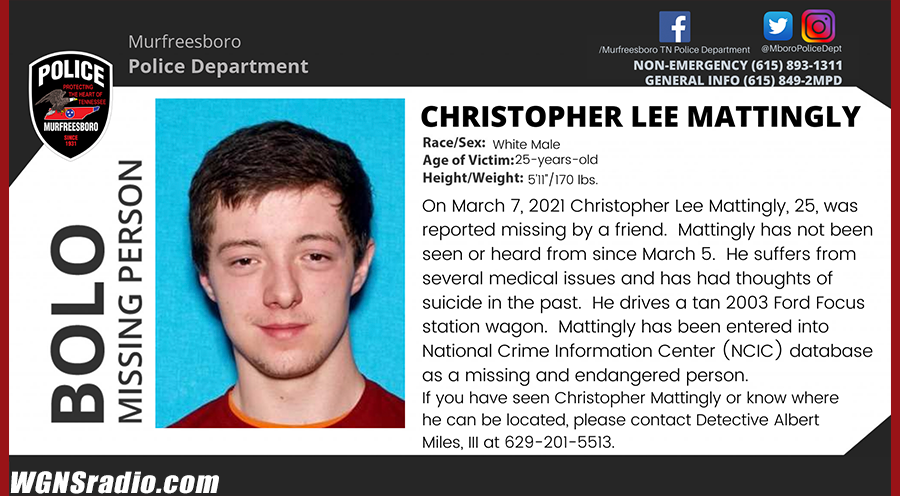 A man who was last seen or heard from on March 5, 2021 is now officially listed as "MISSING."

25-year old Christopher Lee Mattingly was reported missing to Murfreesboro Police by a friend. Mattingly suffers from several medical issues and has had thoughts of suicide in the past, according to the missing person report.

The MPD told media on Monday afternoon that the subject drives a 2003 Ford Focus station wagon that is tan in color. The car has not been located.

Mattingly has been entered into National Crime and Information Center (NCIC) database as a missing and endangered person.