TBI Charges Two Students With Stealing Over $110,000 from MTSU 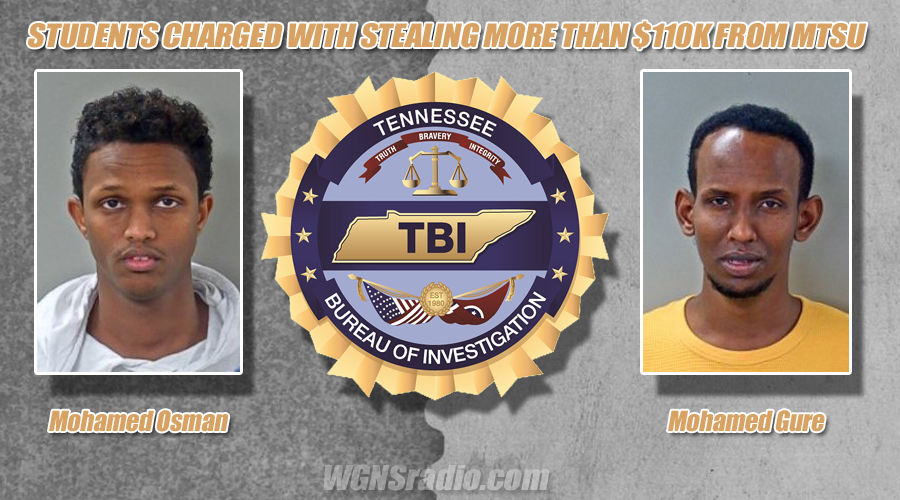 RUTHERFORD COUNTY – A joint investigation by Special Agents with the Tennessee Bureau of Investigation and the Tennessee Comptroller of the Treasury has resulted in the indictment and arrest of two Middle Tennessee State University students from Nashville.

At the request of 16th District Attorney General Jennings Jones, in November 2020, TBI Agents joined an investigation with the Comptroller’s Office into theft allegations involving MTSU’s Somali Student Association and Muslim Student Association. During the investigation, authorities developed information indicating two leaders of the student groups were responsible for fraudulently obtaining more than $114,000 in Student Activity Fee payments from the university over a three-year period.

On Tuesday, Gure and Osman were arrested and booked into the Rutherford County Jail. Gure’s bond was set at $60,000 and Osmon’s bond was set at $50,000. As of Wednesday, the two were still behind bars, unable to meet that bond amount.