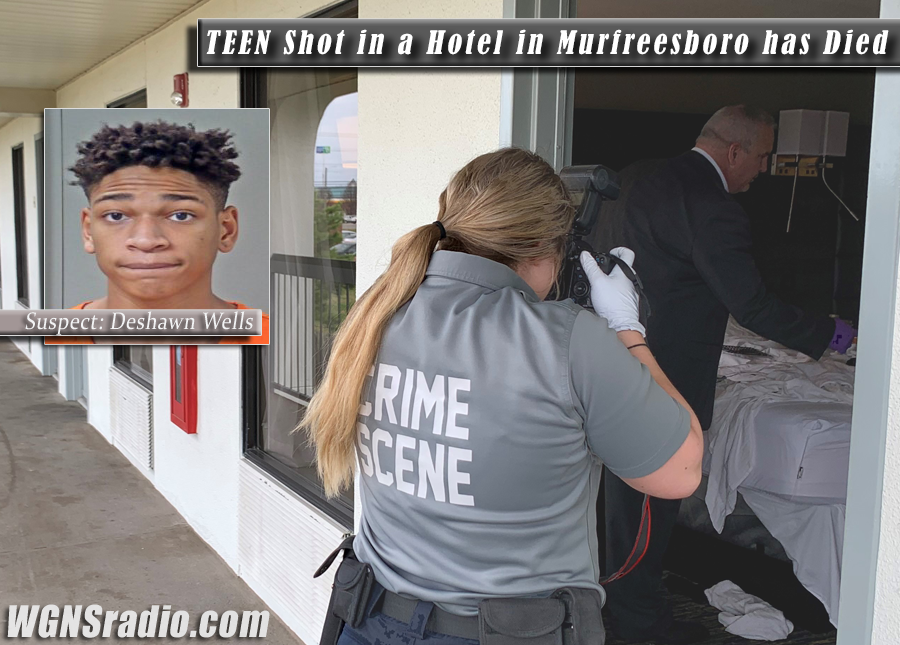 MURFREESBORO, Tenn. – WGNS has more news on the teenager who was shot while inside a room at Baymont Inn & Suites on Armory Drive in Murfreesboro.

Police have now confirmed that the 15-year old who was in that shooting has died, according to detectives. The teenager suffered significant injuries on Sunday, February 28, 2021 and passed away on Monday, March 8.

ADVERTISEMENT
Charges for the shooter, 18-year-old Deshawn Wells, have been upgraded to homicide, second degree murder.

Wells is in jail at the Rutherford County Adult Detention Center on a $150,000 bond. He is scheduled to appear in court on July 22.