Tennessee is a destination state for many in America according to domestic migration patterns. In fact, as reported by U-Haul, Tennessee is now the number one state to which Americans are moving. It’s no surprise that Tennessee boasts awesome cities and small towns, along with magnificent countryside. Our citizens are friendly and charming. We have mountains on our east and the Mississippi River on our west. The center of our state is exploding with growth. Tennessee is a destination state, and our best days certainly lie ahead.

Being a mobile nation is both good and bad. Many motivations cause people to relocate, including the cost of living, quality of life, excessive taxes, and poor governance. For example, California has the highest national poverty rate and is home to nearly half of the homeless population in the United States. Both California and New York have population losses that will likely decrease their representation in US Congress. A 2018 Wall Street Journal editorial, So Long, California. Sayonara, New York, expects, “In the years to come, millions of people, thousands of businesses, and tens of billions of dollars of net income will flee high-tax blue states for low-tax red states.” California is experiencing its first-ever population decline.

It is inevitable that when citizens move into a state, they bring their worldview and politics with them, and subsequently want to turn the state they are moving to much like the one they just left. What is concerning in some states is that this creates polar ideologies in an increasingly divisive and partisan nation. In an ever-polarizing political environment, we witness an overabundance of ineptitude when your chosen political party is not in power. However, we know partisanship should always take a back seat to doing what’s right.

Education would be a natural issue that should unite well-meaning people on all sides of a political divide. Viable public education is critical for a strong economy. Better schools also are associated with higher property values. Thomas Jefferson said that a well-educated electorate is necessary for democracy. When educated and intelligent citizens make informed decisions about what they want from their government and society, the outcome is far more likely to be positive. Similarly, if a good education system is in place for the next generation of children, the likelihood of societal stability is greatly increased. Education is a wise investment. Likewise, educators are on the frontline of those efforts. Educators are the ones who must enact education policies.

Columbia political scientist Robert Shapiro's research finds that Democrats’ and Republicans’ opinions on a wide range of education-policy issues have been converging. Shapiro states “survey after survey indicates that Americans from across the political spectrum believe that improving schools should be a national priority.” I would add that it is a state responsibility and along with local influence to create quality public schools. It also means we must hold politicians accountable to make sure that schools work for kids, and that we push issues that are important for educators and public education.

The single biggest factor in the success of students is the teacher. Educator input is crucial for the continued success of our students. Local districts need to have the freedom to meet the needs of their communities without control by the state or federal education departments. Teachers, administrators, parents, and students should work together to create a positive environment that promotes learning. Each group must interact with that responsibility, and respect for others. That is not a partisan issue. It is something that all citizens, including those new to Tennessee, can embrace. We can make Tennessee the number one state in the nation for many issues, including public education. We are already a destination state. Let’s hope we can find common ground in education.
Tags: education educators school schools Tennessee TN
Sections: News 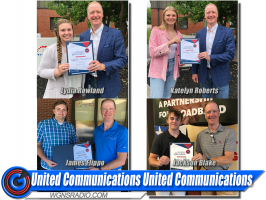