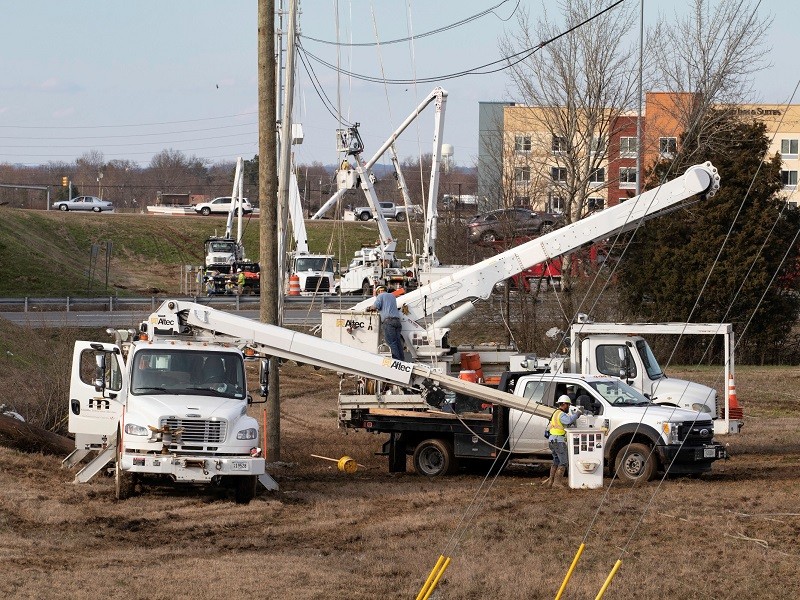 (MURFREESBORO)  This is obviously SPRING STORM SEASON and Middle Tennessee Electric (MTE) urges members to be weather aware and to be prepared when supercell thunderstorms appear. These are storms capable of spinning up large, deadly tornadoes.

Last year, tornado deaths in Tennessee totaled 27. Of that number, 24 fatalities were due to the tornadoes that hit the Nashville area, Wilson, Smith and Putnam Counties on March 3. Those tornadoes tracked for miles, packed winds more than 165 mph and at times spread 800 yards wide. Billions of dollars in damage and widespread power outages were left in their wake.

ADVERTISEMENT
“Tennessee has experienced many deadly storms in the March-through-May timeframe over the years,” says Chris Jones, President and CEO of Middle Tennessee Electric. “We know severe weather will hit us again, so awareness and preparation are our best defenses. “

After the storm, stay away from downed power lines. They could still be energized. You don’t have to touch one to be shocked ... being near one is also a threat. Report lines on the ground to MTE immediately.

If there’s an outage and you use a generator, don’t operate them in enclosed spaces, because of carbon monoxide. Plug appliances directly into the generator after pulling the main breaker. When using a portable generator, remember the danger posed to MTE crews by possible back-feeds.

When severe weather occurs, Middle Tennessee Electric’s Control Center monitors the health of its grid 24 hours per day, seven days per week and can route power around damaged portions of the system and dispatch crews immediately when needed.