Smithville, TN Man Arrested - Charged with Rape of a Child 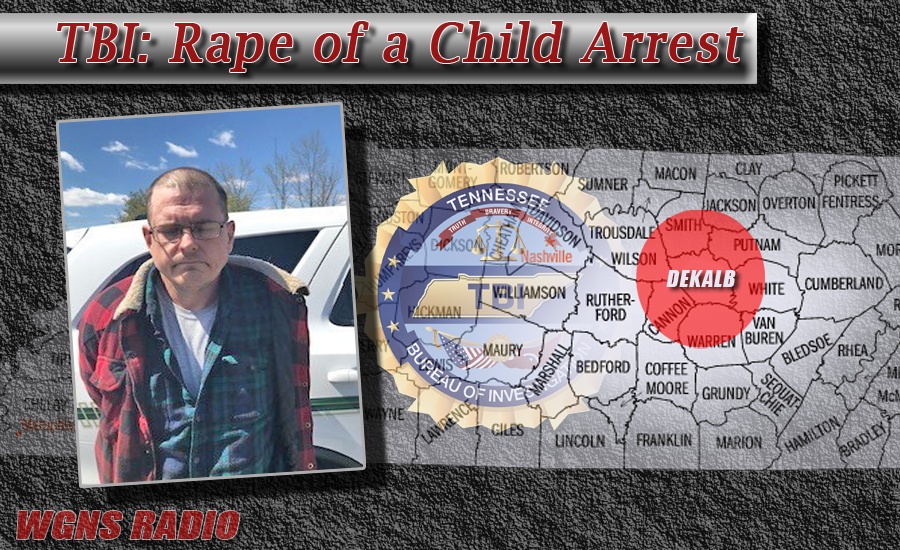 DEKALB COUNTY – About thirty minutes from Murfreesboro in DeKalb County, an investigation by special agents with the Tennessee Bureau of Investigation has resulted in the indictment and arrest of a Smithville man on charges of rape of a child.

At the request of 13th District Attorney General Bryant Dunaway, in August 2020, TBI agents began investigating a report of a sexual offense that had occurred in Smithville earlier in the month. As the result of the investigation, agents developed information that David Nichols was responsible for the sexual assault of the victim.