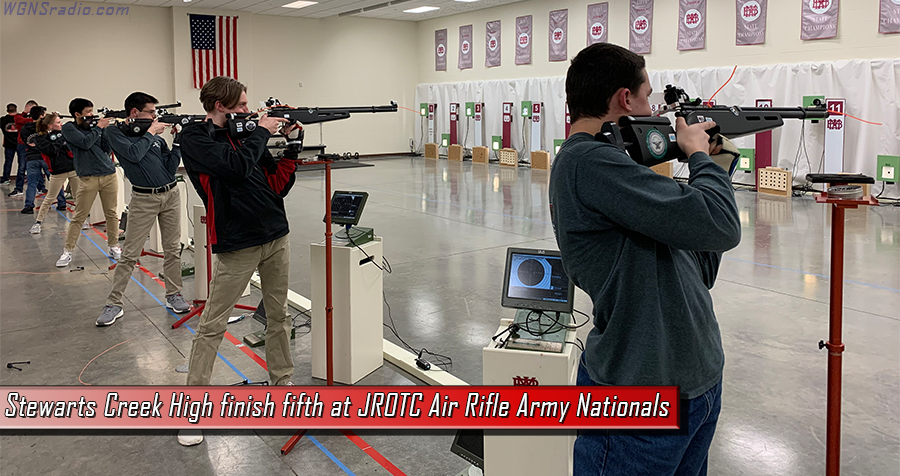 A veteran team of JROTC cadets from Stewarts Creek High School finished third in the state and fifth at the JROTC Air Rifle Army Nationals.

“Best team I have had so far,” said Lt. Col. (Ret) Joel T. Payne, senior Army instructor for the Redhawks. “(I’m) losing three seniors so next year will be a rebuild.”

Payne added, “I am proud of these cadets for their hard work and dedication.”

Stewarts Creek started off the first round of the national tournament by winning the prone competition and was then 12th in the standing followed by 17th in kneeling. The team was more consistent in Round 2 finishing fifth, fourth and seventh to wind up fifth in the overall aggregate with a score of 4,237 (127).

Stewarts Creek was 30 points ahead of sixth and 64 points out of fourth place. It is worth noting, had the Hawks equaled their second-round scores in standing and kneeling to open the tournament, they would have still finished fifth in the nation.