Anti-LGBTQ Vandalism in Nearby County as Organizers Plan PRIDE Event 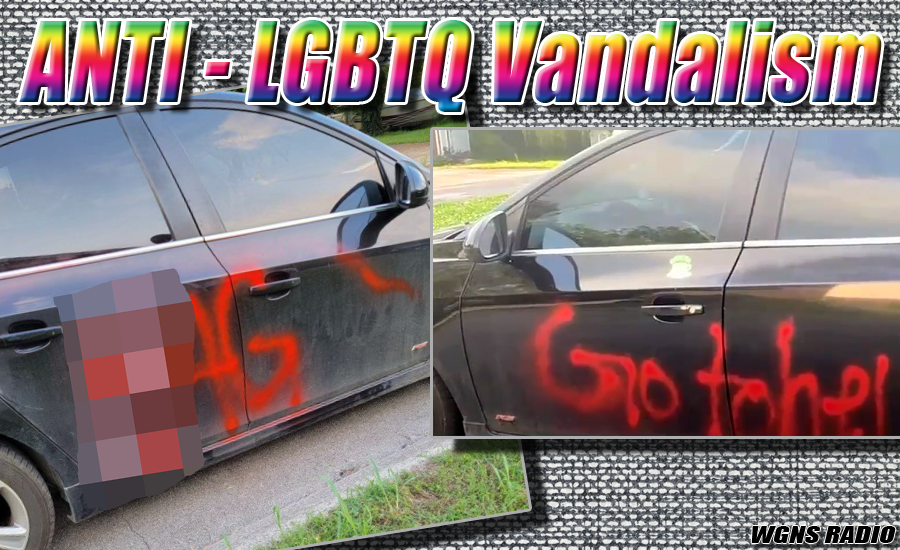 Not too far from Murfreesboro is a small community in Maury County called Columbia, Tennessee. The city has a population of about 40,400 residents, so crimes of vandalism tend to stand out, especially if the vandalism involves words of hate or discrimination.

On Monday night, someone spray-painted homophobic slurs on a woman's car. Columbia Police are now working feverishly to figure out who spray-painted the slurs.

ADVERTISEMENT
The incident happened while the car was parked outside a home on Overlook Place.  Police say the victim is a member of the LGBTQ community and part of a group looking to host the city's very first Pride Festival.

Authorities say that those responsible for the vandalism could face enhanced charges.

Closer to home in Rutherford County, which is composed of over 330,000-residents, there have been very few crimes tied to hatred for the LGBTQ community in recent years.

In 2019, TBI statistics showed that there were two aggravated assault cases in Murfreesboro labeled as being “Anti-Lesbian, Gay, Bisexual or Transgender.” In addition to that, there were eight more crimes throughout Rutherford County that were labeled as having an “Unknown Bias.” Statistics for 2020 will likely be released later this month by the TBI.

While several residents in Columbia, Tennessee are planning their first Pride event, Murfreesboro has had a Pride festival of sorts for several years now.