Woman arrested, jailed on suspicion of stealing thousands of dollars of merchandise from JCPenney and other businesses 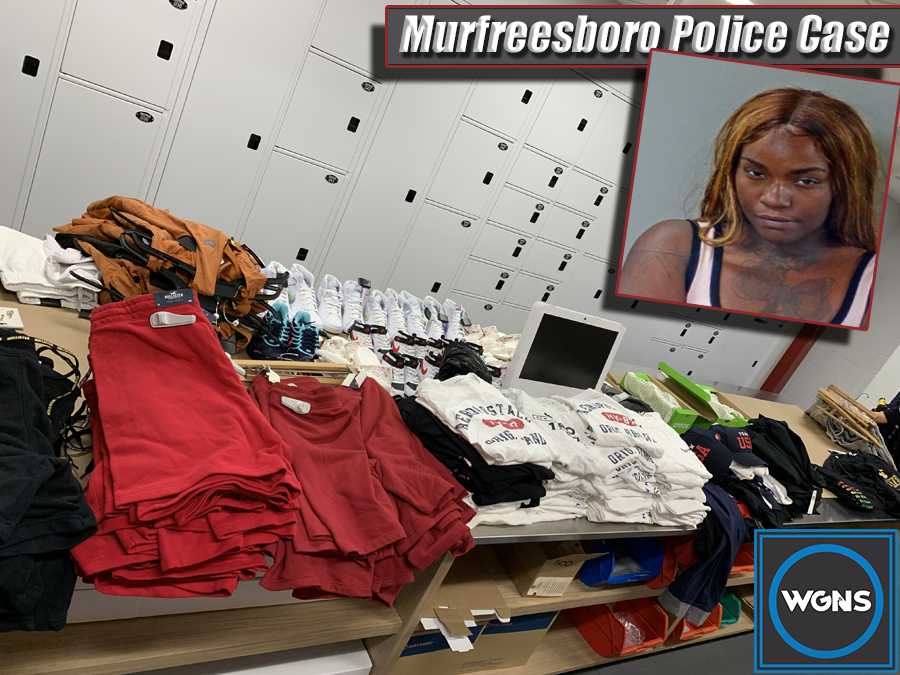 ABOVE: Recovered Stolen Items and mugshot of Dereka Conway

MURFREESBORO, Tenn. – Two women are seen stuffing bags full of thousands of dollars’ worth of stolen items at JCPenney at Stones River Town Centre but dropped the keys to the getaway vehicle and couldn’t leave on Saturday, June 26. Police arrested one of the shoplifters.

25-Year-old Dereka Conway of Nashville, is charged with theft/shoplifting.  Conway also had several outstanding theft warrants for her arrest.

ADVERTISEMENT
A JCPenney manager saw the women bagging merchandise and leave the store without paying around 6:51 p.m.

The two women went to get into a Dodge Charger but quickly realized they didn't have the key.

After checking the get-away vehicle, police found the stolen clothing from JCPenney valued at $2,295.  There was an additional $9,683.21 worth of shoes, purses, clothing, iMac desktop computer, and tools to remove magnetic security sensors found inside the car. Some of the items were stolen from Hollister Co. at The Avenue.

Conway is also facing charges for allegedly stealing from Victoria's Secret at The Avenue.  More than $5,800 in merchandise was stolen on May 3, May 6, and May 18.  In the May 18 incident, Conway assaulted a manager. Conway dropped her wallet as the manager attempted to take one of the bags from her.

If you know the identity of the second woman, contact Detective Reggie Primas at 629-201-5524 or email tips to crimetips@murfreesborotn.gov.

Conway is out of jail on a $7,500 bond.  She has a hearing on Sept. 14 in Rutherford County General Sessions Court.