UPDATE: Subject Accused of Making a Fraudulent Purchase at a Murfreesboro Retailer Identified 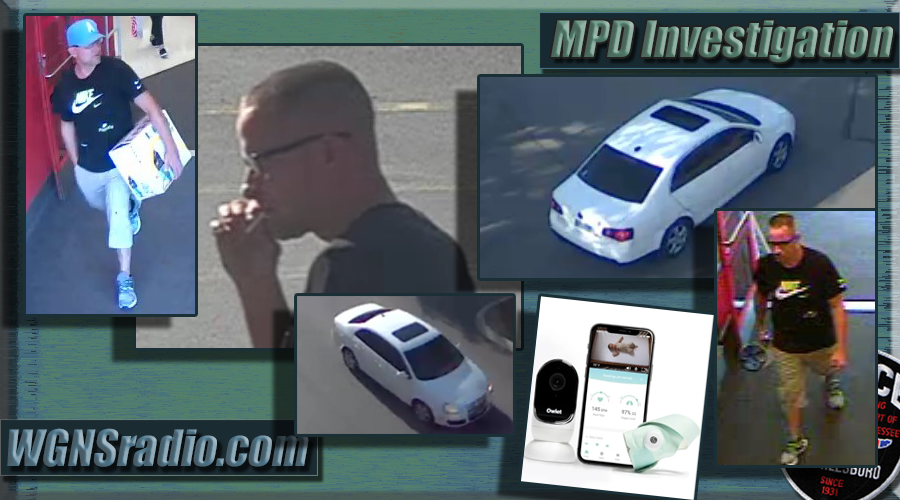 UPDATED: Murfreesboro Police have been able to identify the man who recently hit the baby aisle of an Old Fort Parkway retailer and allegedly made a fraudulent purchase.

On June 26th, an individual walked into the Target store and fraudulently purchased two baby monitors. The purchase was fraudulent because the subject found another item in the store that cost far less than the monitors, removed the merchandise from the box and replaced it with the expensive baby monitors. After paying for the lower costing item, the man left the store. The baby monitors were valued at a whopping $500.

After making the purchase, the subject walked out of the store and to his get-a-way vehicle. In this case, the escape car was a four-door sedan that was white in color. The car appeared to have tinted windows and a sunroof.

On Thursday (07/15/2021), MPD Public Information Officer Larry Flowers told WGNS NEWS, “Several people called in tips identifying the man who fraudulently purchased two baby monitors from Target on June 26. Detective Harris has taken out warrants. Once the warrants are served, the man will be charged with theft/shoplifting.”

Again, the suspect has been identified and charges are pending.