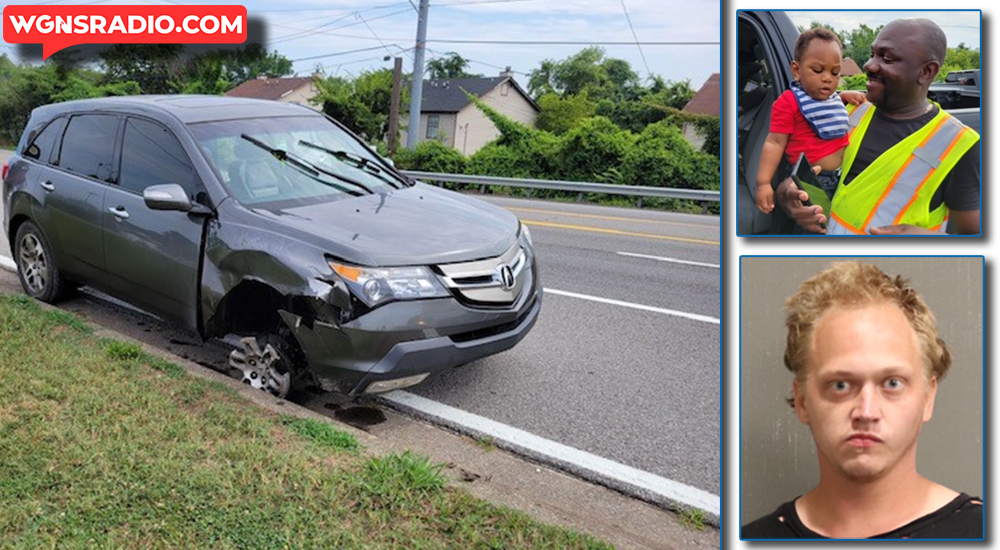 In Nashville, a carjacking and resulting kidnapping of a 10-month-old boy on Murfreesboro Pike this past Tuesday morning drew resources from a number of Metro Nashville Police Department components and ultimately led to the safe recovery of the child and the arrest of Cody Eakes, 28, of Little Rock, Arkansas.

Eakes was driving a car stolen from Jonesboro, Arkansas, when he crashed into another vehicle at the intersection of Murfreesboro Pike and Hamilton Church Road at 8:15 Tuesday morning.

Reports indicate a Smyrna, TN woman who was caring for a 10-month-old who was in the rear seat of her SUV saw the collision and stopped to help. As she got out, Eakes approached, pushed her, forcibly took the keys to the SUV and got inside. A witness also jumped into the vehicle and on top of Eakes in an effort to prevent him from fleeing. He was unsuccessful and fell from the SUV. Eakes drove off in it with the child still in the back seat.

As police officers and resources responded to the area, Eakes drove around South Nashville. He came back to Murfreesboro Pike, stopped near Shiaway Drive, and abandoned the SUV, leaving the 10-month-old behind. Witnesses told officers that Eakes fled into a nearby wooded area. He was located and arrested without incident. The child was unharmed and reunited with his dad.

Eakes has also been identified as the man who stole cigarettes and assaulted a clerk at a Charlotte Pike Mapco store at 10:40 p.m. Monday.

Eakes is being held in the Downtown Detention Center in lieu of $91,500 bond on charges of carjacking, especially aggravated kidnapping, aggravated assault, leaving the scene of a crash, failure to render aid, assault, and theft.