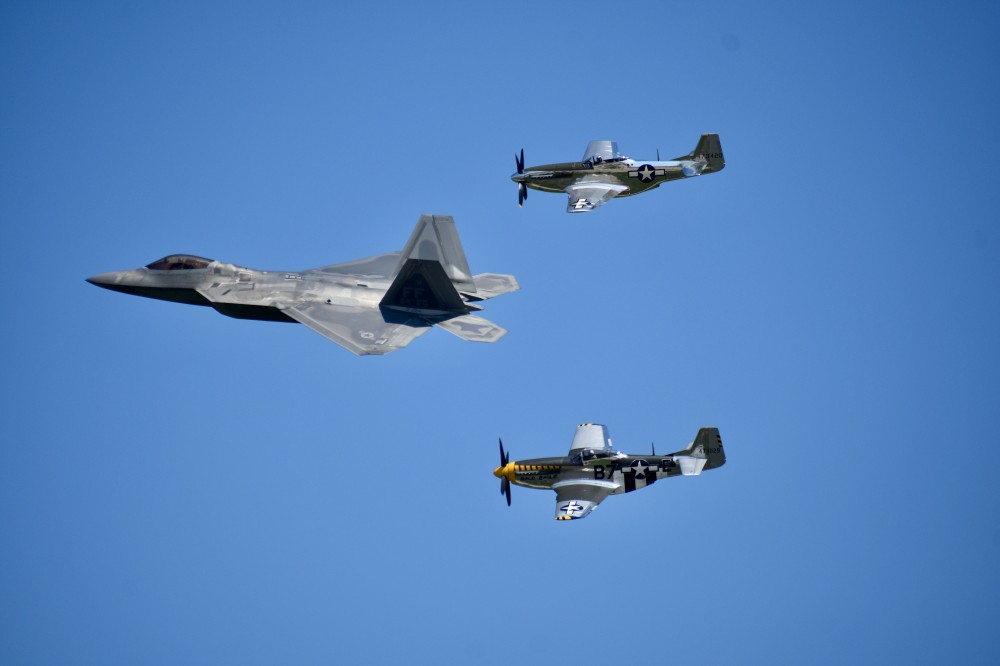 MURFREESBORO, Tenn. - A pair of Murfreesboro Composite Squadron cadets received the opportunity of a lifetime during their squadron's “Officers' Club” trip to Joint Base Langley-Eustis, Virginia.

"I was extremely inspired and in awe of the power and capabilities of the F-22 Raptor," Garfield said. "I was honored to have Maj. Gunderson present my Amelia Earhart Award. I am very thankful for such a unique and historic opportunity."

Before the ceremony, the Murfreesboro squadron had the opportunity to watch the demonstration team from the Langley-Eustis flight line. To their surprise, during the demonstration, two P-51 Mustangs from the Air Force Heritage Flight Foundation joined the F-22 team for the practice.

"It felt surreal having Maj. Gunderson present the award to me – especially since it was right after I got to watch the demonstration team practice alongside the Heritage Flight at their home base" Samaha said.