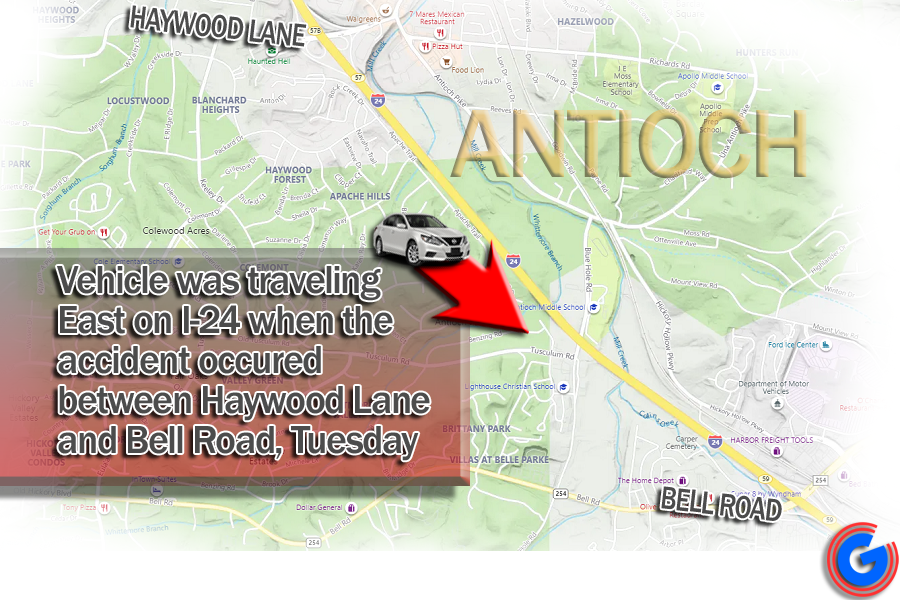 Metro Nashville Police say that the accident occured on I-24 between Haywood Lane and Bell Road and took the life of 29-year-old Davis Avent of Nashville.

ADVERTISEMENT
The preliminary investigation shows that Avent was driving through Antioch on I-24 in a 2013 Nissan Altima and heading towards Murfreesboro when he lost control of the car and struck the concrete retaining wall. After striking the retaining wall, the Altima re-entered the east bound lanes of travel and was struck by a 2017 Chevrolet pickup truck driven by 46-year-old Eric Baughman of Wichita, Kansas.

Police confirmed there was no evidence of alcohol or drug involvement in this fatal crash and the preliminary contributing factor appears to be speed and that Avent may have been traveling too fast for the current road conditions.