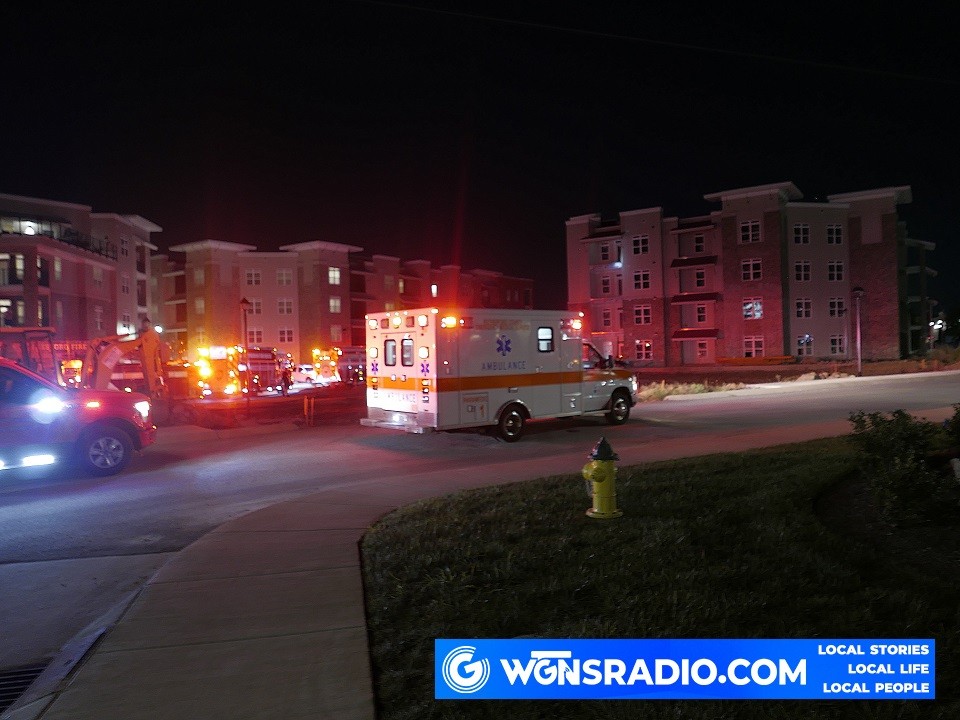 (MURFREESBORO)  A loud crashing sound around 7:30PM Saturday evening (9/11/2021) brought police and firefighters to the Lofts At Gateway Commons on Livy Dearing Place, just off Medical Center Parkway. This was at a 4-story unit that is under construction. However, many people were there, since several units are finished and occupied.

Murfreesboro Police PIO Larry Flowers told NewsRadio WGNS, "A third floor wooden balcony awning fell on a building under construction behind. The Loft At Gateway Commons around 7:31 p.m. Sept. 11.  As the awning fell, it landing the second and first floor wooden awnings. The only damage was to the awnings."

ADVERTISEMENT
There was no one near the building at the time, so no reported injuries.

Officials with Murfreesboro Fire-Rescue did a thorough examination of the building and made the report to the property owners.

Several ladder units from multiple fire stations were on-the-scene, along with Rutherford County Emergency Medical Services, along with Murfreesboro Police.

The Lofts at Gateway is a massive apartment comple just off edical Center Parkway.