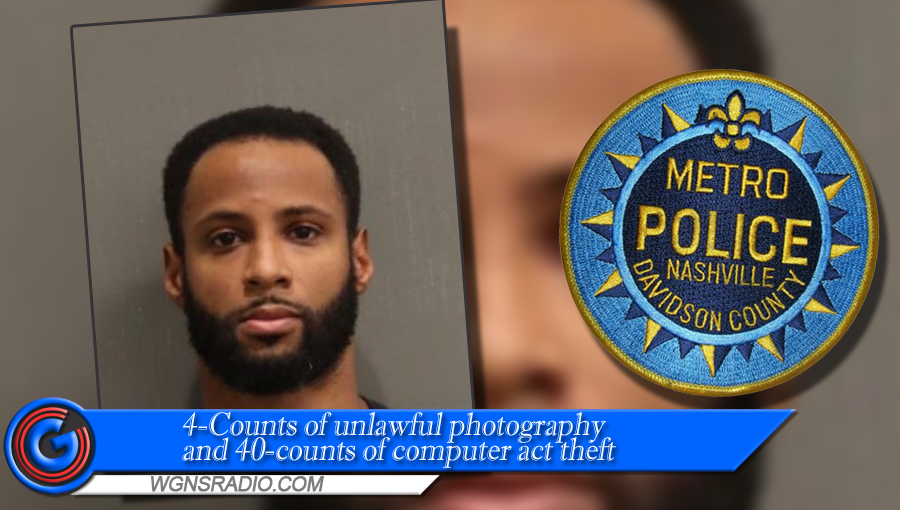 Middle Tennessee fitness enthusiast maybe surprised to learn about a personal trainer in trouble with the law.

A former training manager at QNTM Fit Life Gym has been arrested on a 44-count indictment for allegedly stealing intimate images of clients off their phones as well as taking photos of at least four victims in a state of undress. Special Victims Division detectives arrested 29-year-old Nikko Glasper Wednesday (10/06/21) on unlawful photography and computer act theft charges.

ADVERTISEMENT
Glasper, once described on local billboards as the “#1 Personal Trainer in Nashville for 2020,” has worked at multiple gyms in the area. In June, detectives received reports that Glasper had sent himself private images from several female clients’ phones. Glasper would gain access for seemingly legitimate purposes and make copies for himself. Additional victims were discovered, dating as far back as May of 2019, after a search warrant was executed on Glasper’s cell phone.

Glasper was also found to have taken private photos of multiple clients while they undressed as a part of a body composition scan at the gym when the clients thought they were protected by a privacy screen. The service offered at QNTM was conducted in a private room with a privacy screen separating the client from the trainer so people could remove extra weight from clothing, if desired.