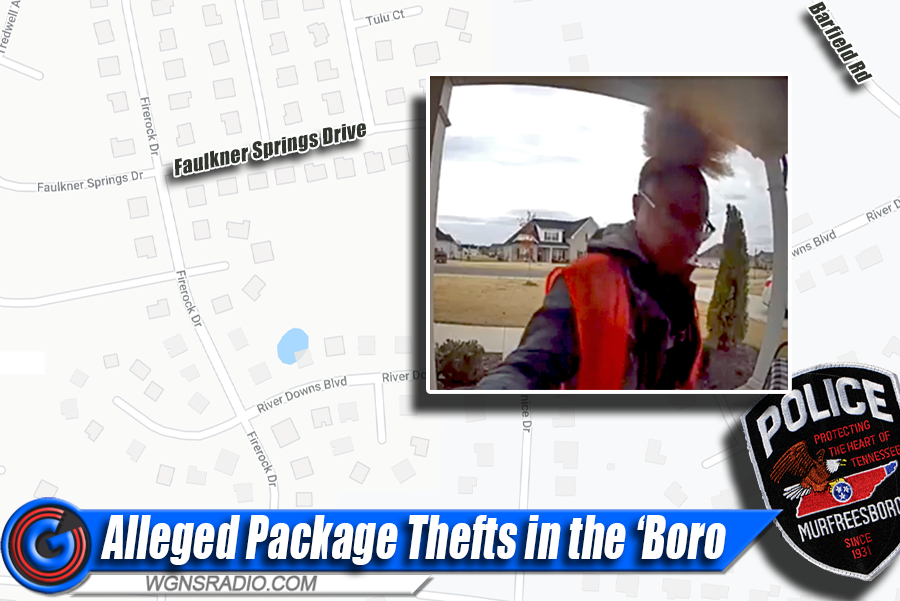 (MURFREESBORO) As Christmas nears, the number of what Murfreesboro Police call “Porch pirate” incidents seem to increase. These are cases involving subjects who allegedly steal packages left on the front or side doorsteps of area homes.

ADVERTISEMENT
One of the more recent thefts occurred on Monday (11/22/2021) at a home on Faulkner Springs Drive.

In a video obtained by the MPD, an individual rang the door bell and when no one answered, the female reportedly picked up the package and left the home.

Murfreesboro Police Detective Gorham is trying to identify the person photographed / videoed by the homeowners Ring doorbell camera in a subdivision that is in the area of Barfield Road.

See the below video released by the MPD:

Can You Identify This Subject?

If you know who this person is, please contact Detective Gorham at 629-201-5507, or crimetips@murfreesborotn.gov.