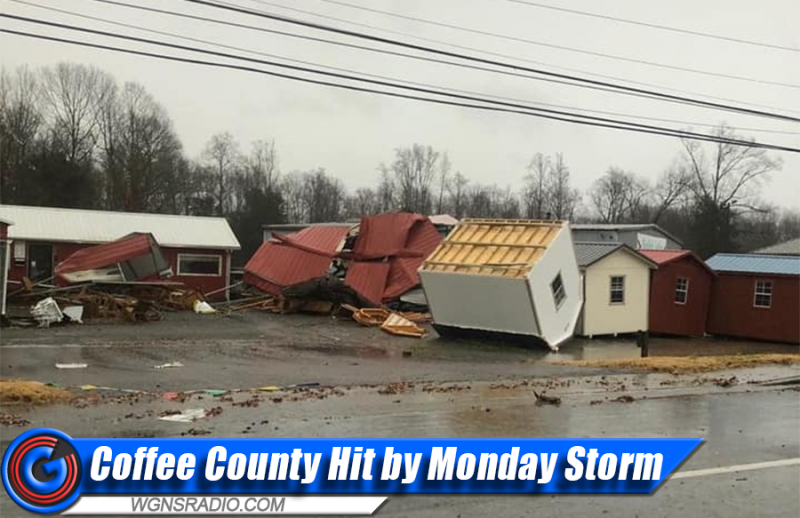 While Rutherford County saw minimal damage caused by the storms this past Monday morning, the same cannot be said in nearby counties.

ADVERTISEMENT
The National Weather Service in Nashville has confirmed that a tornado did impact Bedford, Moore and Coffee Counties on Monday (Dec. 6, 2021) – confirming what many already assumed after surveying damage.

Severe weather hit the area Monday morning that resulted in some structure damage and multiple trees and limbs down in Tullahoma. The National Weather Service office in Huntsville survey team found that damage in Moore county was consistent with an EF-1 tornado. The NWS office in Nashville followed with a report confirming that the tornado remained on the ground into Coffee County.

According to NWS survey, this EF-1 tornado touched down in the Raus Community near Smith Chapel Rd. at Elijah Parker Rd in far southern Bedford County where it caused EF-0 damage. Moving eastward, the tornado crossed into Moore County and strengthened to EF-1 where it blew down numerous trees and caused minor damage to several homes along Brinkley Rd., Ledford Mill Rd., and Motlow College Rd. The tornado then moved into Coffee County, where it continued to blow down trees and damage homes. NWS states that the tornado weakened as it entered and moved across northern portions of Tullahoma.

Scroll down for more on the Monday tornado...

Peak wind speeds are estimated at 90 miles per hour with a path of 8 miles and a maximum path width of 100 yards. This is the first December tornado on record for Coffee County.

No injuries were reported from the storms. Tullahoma Utilities reported that about 2,500 people were without power at one point Monday morning as a result of the storms, in addition to approximately 1,100 Duck River Electric customers.