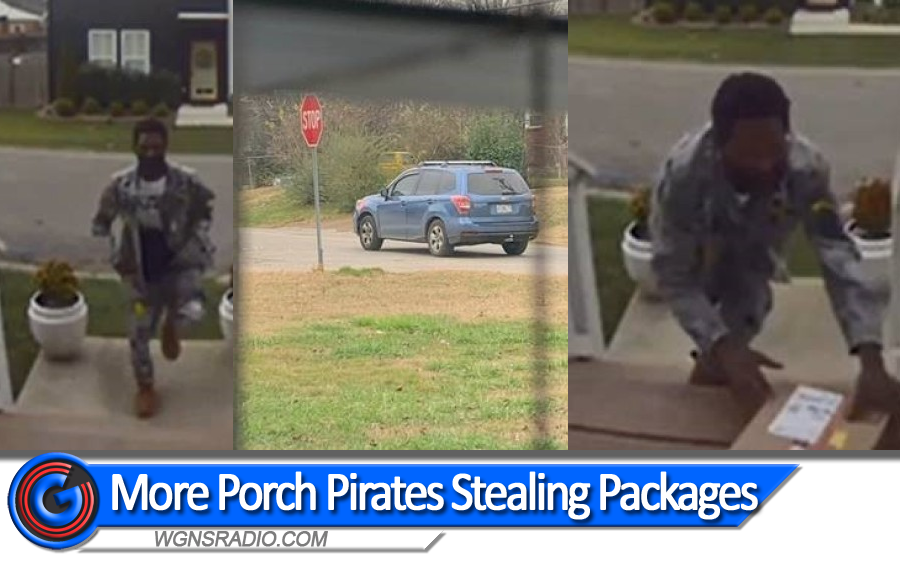 More so-called Porch Pirates are striking Middle Tennessee… This time, in East Nashville. In hopes of nabbing the suspect, Metro Police are turning to the public.

East Metro Police Precinct detectives are asking for the community’s assistance in identifying a porch pirate who was operating in the area of Scott and Marsden Avenues in the 11 a.m. hour last Tuesday, December 21.

ADVERTISEMENT
The thief stole packages from the porches of at least two homes. His getaway vehicle was a blue Subaru Forester.

Anyone recognizing the man or the vehicle is asked to contact Crime Stoppers at 615-742-7463. Callers to Crime Stoppers can remain anonymous and qualify for a cash reward.

DISCLAIMER: All suspects are presumed innocent until proven guilty in a court of law. The arrest records or information about an arrest that are published or reported on NewsRadio WGNS and www.WGNSradio.com are not an indication of guilt or evidence that an actual crime has been committed.
Tags: LaVergne Murfreesboro Nashville police porch pirate Smyrna theft thefts wanted
Sections: News