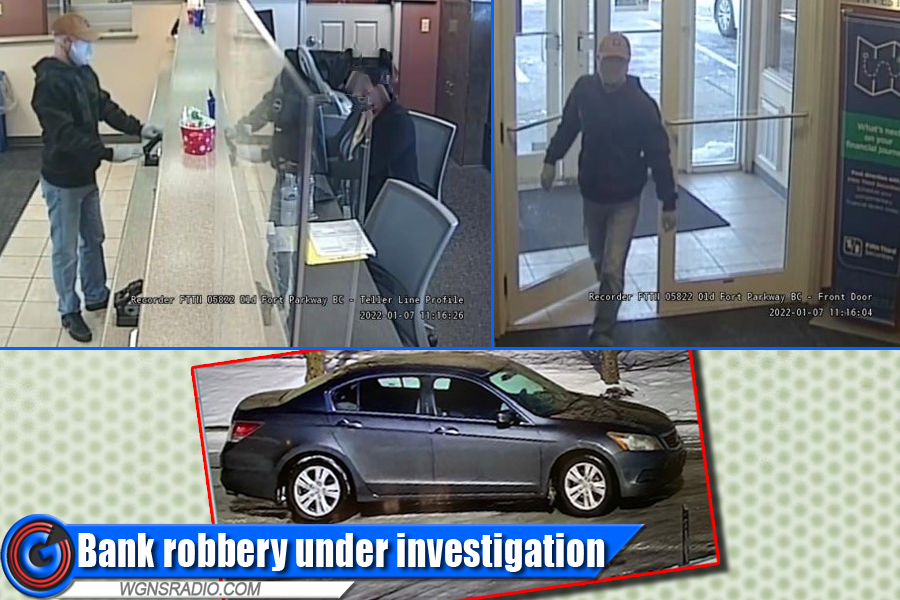 ABOVE: Photo of subject robbing bank and alleged getaway vehicle

UPDATED - MURFREESBORO, Tenn. – Murfreesboro Police and the FBI continue to search for a man who robbed a bank on the city’s westside,  Friday, Jan. 7th. The bank robber may be the same man who robbed a different bank in the same area 25 days earlier, according to a police sergeant.

The man robbed the Fifth Third Bank at 2437 Old Fort Pkwy., around 11:17 a.m. Friday.  He did not display a gun but handed a teller a note demanding money.   He got away with an undisclosed amount of cash.

ADVERTISEMENT
The first MPD Officer arrived at the scene just one minute after the robbery unfolded. The second unit arrived within 7-minutes, according to police. Keep in mind, roads were still filled with snow and ice this past Friday.

The bank robber parked his getaway car, a dark-colored Honda Accord (2015 – 2019 model), at a nearby Waffle House. He was seen getting into the car and driving toward Interstate 24.

The robber fits the description of the man who robbed the First Horizon Bank, 154 Cason Lane, on Dec. 13th, 2021.   In that robbery, he used the same getaway car.  See previous bank robbery story HERE.

Anyone with information about the bank robber should call MPD Criminal Investigations Division Detective Julie Cox at 629 201 5514.  You can also submit tips anonymously by downloading the P3 Intel app or calling Crime Stoppers at 615 893 STOP (7867).  A reward for up to $1,000 is available for information leading to an arrest.