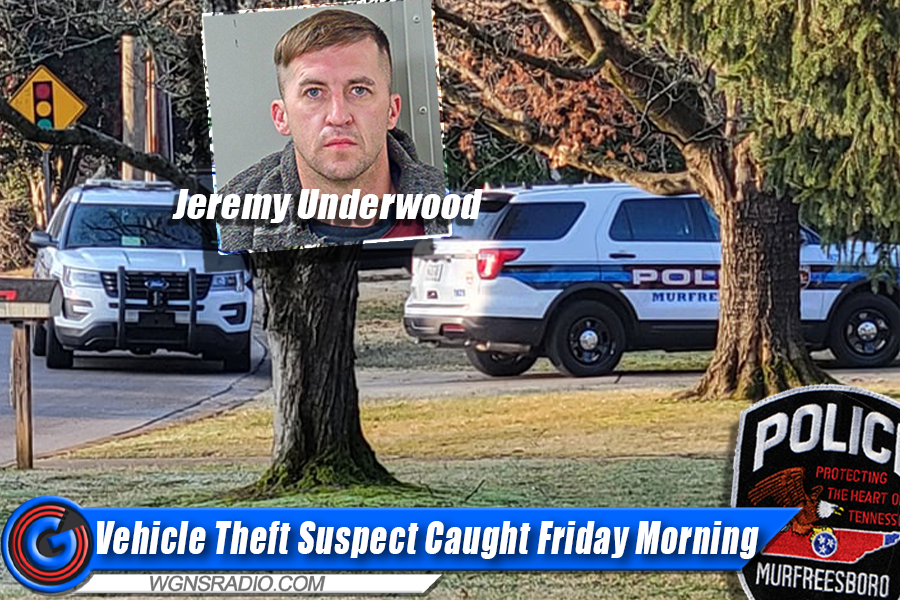 ADVERTISEMENT
It all started just before 8:00, Friday morning when the MPD responded to a stolen vehicle report at Northfield Lodge Apartments (603 East Northfield Blvd). The vehicle was stolen after the owner of the car said that she had started it to warm the car up.  Fifteen to twenty minutes later, she came back outside to leave and discovered her car was gone.

A few minutes later, an MPD sergeant observed the stolen vehicle pulling into a driveway in the 1400 block of North Highland Ave.  The driver stopped and allegedly took off on foot, running through a neighborhood.

Officers found the suspect and identified him as Jeremy Underwood. The man was located on on Ridgecrest Drive. The 40-year-old Pegram, TN man was arrested and charged with theft over $1,000, evading arrest, possession of drug paraphernalia, and driving on revoked license. Officer say this was the suspects 5th offense for driving on a revoked license.

After Underwood was captured, he was booked into the Rutherford County Adult Detention Center. As of Saturday (01/15/22) afternoon, the Pegram, TN man was still behind bars in Rutherford County, TN.