RV Camper Theft in nearby county - BOLO for alleged suspect 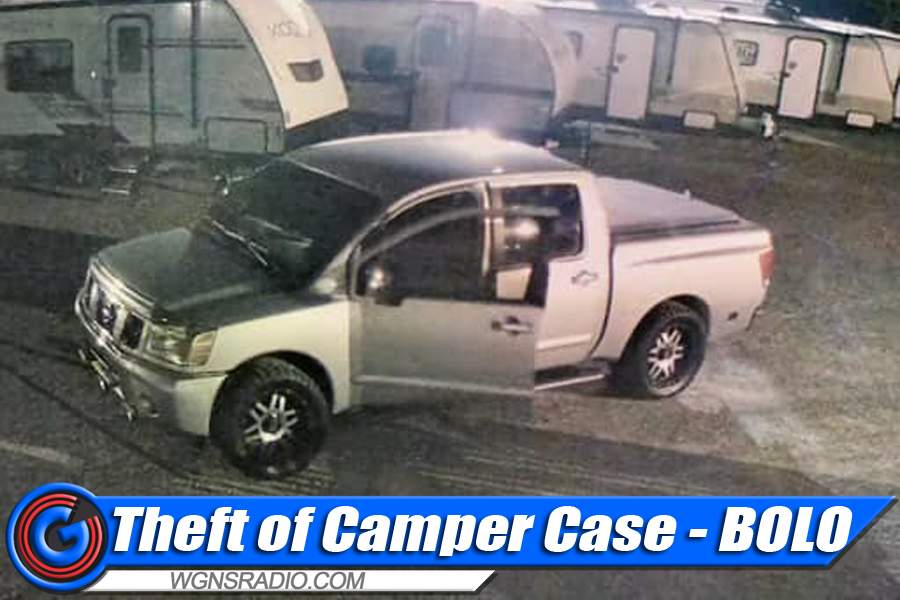 You may recall a story that aired on WGNS earlier this month about the popularity of camping in Tennessee. In fact, the hobby seems to have grown by 52% in the past 5-years.  It now seems that thieves are also taking an increased interest in the recreational activity.

A sheriff’s department report filed in nearby Warren County shows that a man identified by authorities as Randall Curtis, allegedly stole an RV Camper from Newby RV Sales in Smartt Station (Warren County) this past Saturday.

ADVERTISEMENT
Authorities say that the stolen camper has since been recovered. But Curtis has not been apprehended, according to the Warren County Sheriff’s Department. Warrants are now on file for Curtis’ arrest.

The suspect in the case is 57-years-old and has brown hair and brown eyes. Evidently, his hair may now be shaved, but he is believed to have kept a beard or a goatee. The man stands at 6-foot 1-inches tall and weighs approximately 185-pounds. He is a resident of Coffee County and could possibly be anywhere in Middle Tennessee. He is driving a Nissan Titan truck (pictured above).

Can you help authorities?

Anyone with information about his whereabouts is encouraged to call Warren County authorities at 931-668-7000. Law enforcement has issued a BOLO (Be On the Lookout) for the suspect. As of Monday morning (01/17/2022), Curtis has yet to be arrested.