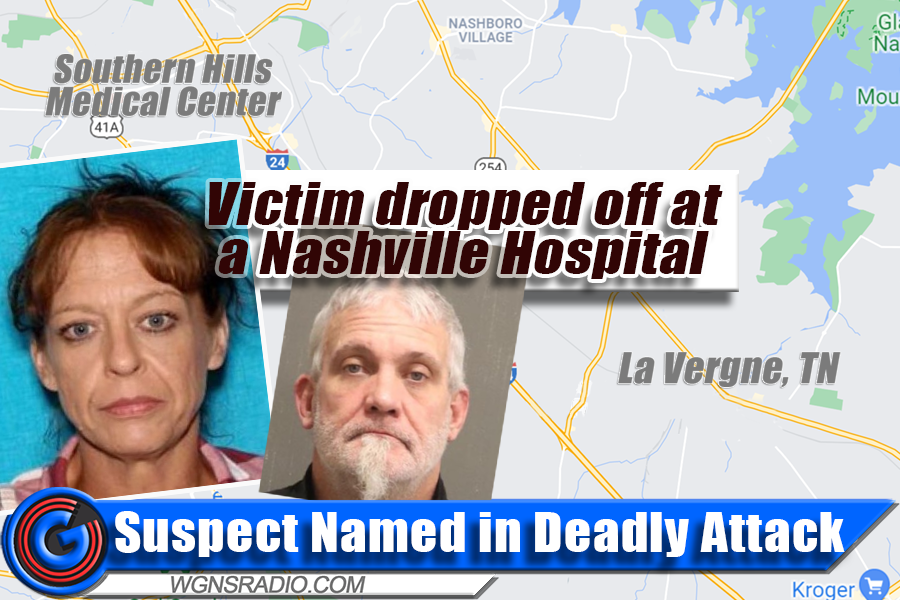 WGNS has more news on the LaVergne woman who was dropped off at a Nashville Hospital with blunt force trauma and later placed on life support this past week. Nashville Homicide Unit detectives have confirmed that 36-year-old Jennifer Pogue has since died.

Metro Nashville Police are now asking for the public’s assistance in locating 48-year-old Shaunia “Leeanne” Anderson, who is wanted in connection with the beating of Pogue, who died last Friday *01/28/22) at Southern Hills Medical Center. Pogue was dropped off at the hospital on January 24th.

An investigation by Detective Abbey Sawl-Sibley shows that Pogue was assaulted inside a residence on Terragon Trail in the early morning hours of January 23rd. Anderson has been identified as the suspect.

Anderson is believed to be in the company of 48-year-old Stephen Jeffery Lohr, who is also wanted on an outstanding aggravated assault charge unrelated to Pogue.

The Medical Examiner’s report on the cause of Pogue’s death is pending.

Anyone with information on Anderson and/or Lohr’s whereabouts is being asked to call Crime Stoppers at 615-742-7463. Callers can remain anonymous and qualify for a cash reward.

DISCLAIMER: All persons are presumed innocent until proven guilty in a court of law. The arrest records or information about an arrest that are published or reported on NewsRadio WGNS and www.WGNSradio.com are not an indication of guilt or evidence that an actual crime has been committed. The information is provided by the law enforcement agency, and is considered public information.