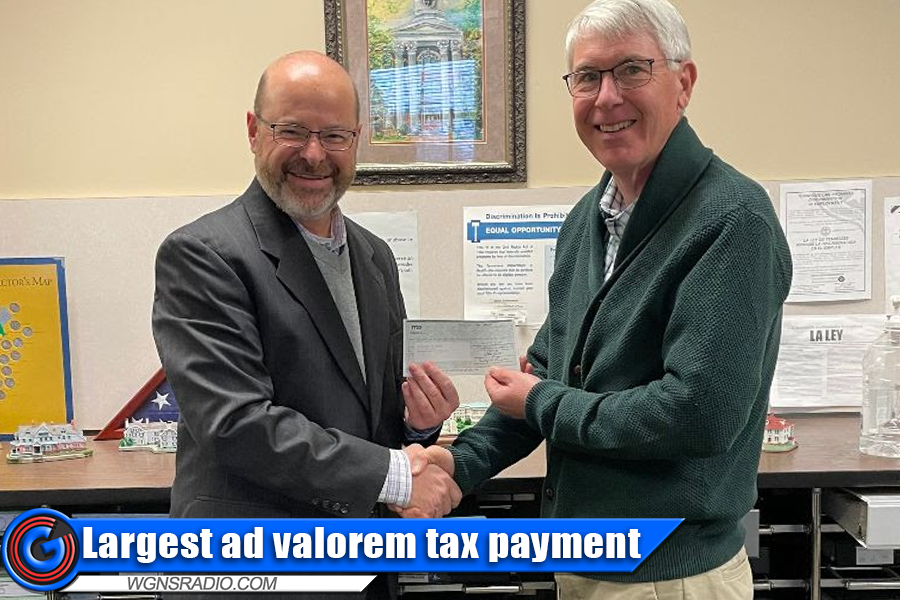 As a not-for-profit electric cooperative, Middle Tennessee Electric (MTE) is exempt from certain types of taxes, but it is still one of the largest taxpayers to local governments through the ad valorem tax. This year, the organization paid more than $3.8 million in ad valorem taxes (a type of property tax) to Rutherford County, which is easily the organization’s highest payment to date.

“Middle Tennessee Electric’s overarching mission is to make the lives of our members better, and this financial commitment allows us to further that mission as a responsible corporate citizen in the communities we serve,” said Chris Jones, MTE President/CEO.

ADVERTISEMENT
The ad valorem tax for the 2021 tax year includes the value of the assets acquired through the merger with the Murfreesboro Electric Department (MED). As predicted, the county received a substantially larger payment this year than it had in previous years from the property taxes of the two electric utilities combined. Rutherford County received $3,823,953, well above the just less than $3 million MTE and MED collectively paid Rutherford County previously.

The increase stems from the State of Tennessee Property Assessor’s standard process of calculating MTE’s increased value and tax bill this year.

“We anticipated that our tax payment would rise this year as a result of MTE’s larger service area established by the merger with MED,” Jones said. “We are pleased that the merger has continued to create value for both our members and the communities we serve.”

The Latin phrase ad valorem means “according to value.” MTE’s infrastructure, including buildings, substations, transformers, poles and lines, must be assessed annually to determine the amount to be paid. Local governments then use the revenue generated from these taxes to help meet the community’s needs.