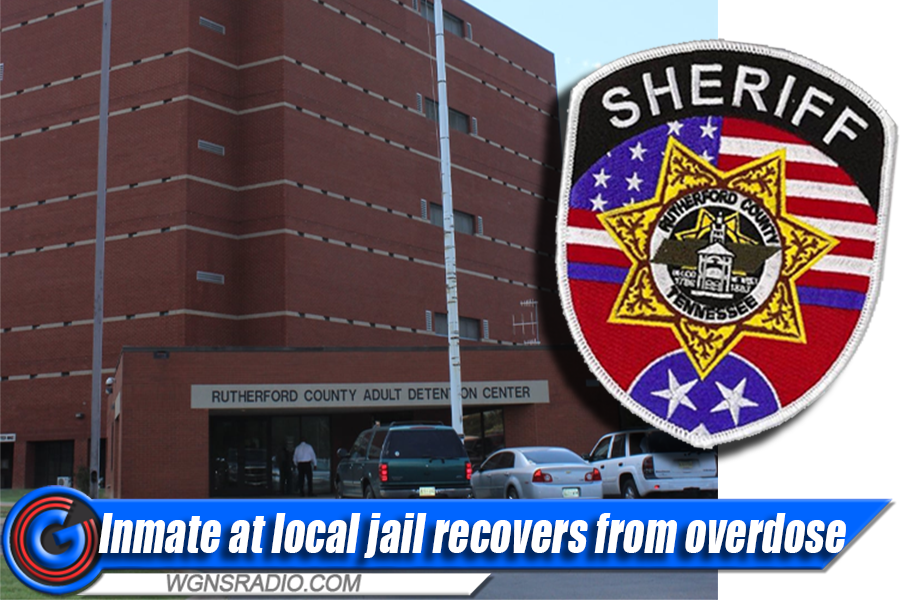 An inmate overdosed after she ingested a substance believed to be fentanyl allegedly given to her by another inmate while they waited to be booked Tuesday (Feb. 8, 2022) at the Rutherford County Adult Detention Center, said Sheriff Mike Fitzhugh.

The drugs were hidden inside the suspect’s body, the sheriff said.

ADVERTISEMENT
“As long as people are willing to hide deadly illicit substances in their body orifices, it makes it extremely difficult to detect and to recover without medical intervention,” Fitzhugh said. “Every measure is being taken to try to prevent this. Our detention employees are very professional, highly skilled and put forth every effort possible to combat this situation.”

30-Year-old Beth Hogue of Nashville, was brought to the detention center from another county to attend a court hearing. Shortly after being admitted to booking, she apparently overdosed. Medical staff administered Narcan to the inmate who was transported to the hospital and treated.

Narcotics Detective Carol Stafford charged inmate Allison Bruce, 30, of Pulaski with delivery of Schedule I drugs and introduction of contraband into a jail after Bruce allegedly supplied the drugs used by Hogue.

After an initial search, deputies recovered what was believed to be illegal drugs. She was placed in a cell with inmate Hogue.

Scroll down to continue reading about the inmate who reportedly overdosed...

The booking staff was alerted that Hogue was overdosing. The medical staff administered Narcan and she was transported to the hospital.

Narcotics Detective Sgt. Sedric Fields said narcotics detectives reviewed video from the cell and observed Bruce pull out a small baggie from a body orifice and provided the drugs to Hogue.

“Hogue then bent down and put the drugs to her nose and appeared to snort it,” Fields said.

After Hogue overdosed, detention deputies conducted another search on Bruce where they found the suspected drugs hidden in her genital area. She shoved the drugs further inside and had to be taken to the hospital for a scan that confirmed an object inside her. She removed the drugs herself and surrendered them to the hospital staff and deputies for analysis.

In a second case, inmate Ricky Mahaffey, 38, of Leanna Central Valley Road was in booking when Millwood brought him jail clothing. When Mahaffey sat up, Millwood noticed on his mat a piece of paper containing a plastic bag with white powder inside believed to be fentanyl.

Stafford is investigating and charges are pending against Mahaffey.

• See a previous news story detailing two other inmates who died after they reportedly overdosed this past Friday, Feb. 4, 2022 HERE.