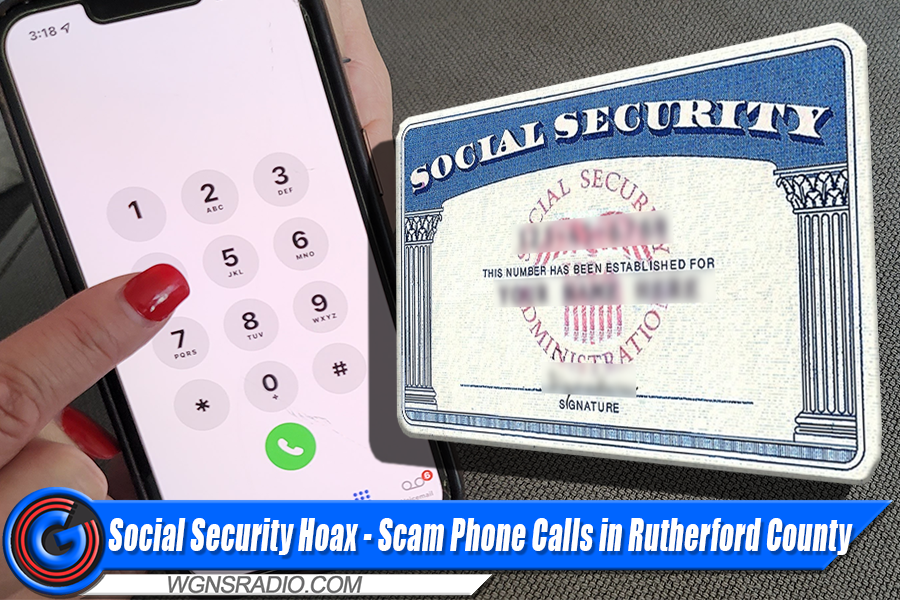 Phone scams continue with one of the more recent calls being received by a Rutherford County woman. The potential victim, who recorded the conversation on her cellphone, said the unknown man called her "615" area code number on Thursday afternoon (02/10/2022).

“Your social security number had been compromised and suspended,” is what the scammer first told the would-be-victim.

The Social Security Administration won't call you to say that your social security number has been suspended or ask for your credit card account numbers.

In fact, the first action by the Social Security Administration comes in the form of a letter, not a phone call suggesting that criminals are using your personal information in Texas.

What should you do if you get a phone call about your social security number being suspended? Hang up.

- Click Here to learn more about scams similar to the one above involving social security numbers.