Looking Back: Caliber Collision employees aid in the capture of an inmate escapee 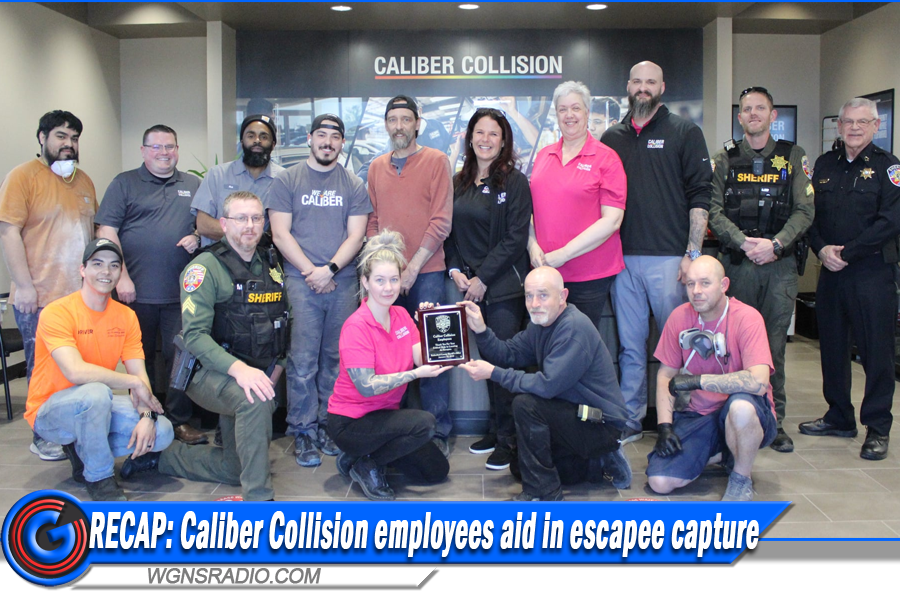 In a recap to a story, you heard first on WGNS about a Benton County inmate who escaped while being transported to another county, the Rutherford County Sheriff’s Office tipped their hat to Caliber Collision Center.

Looking back to January 12th, 24-year-old Christopher John Taylor was able to overtake the corrections officer who was transporting him to Bradley County as they drove through Murfreesboro. Apparently, Taylor attacked the officer by reaching through an opened dividing window in the sheriff’s department vehicle. The incident occurred as they neared the South Church Street exit on I-24.

ADVERTISEMENT
When the corrections officer pulled to the shoulder of the interstate, Taylor made his way to the front of the vehicle. After a short struggle, the inmate got out of the car and ran.

Caliber Collision employees off of South Church Street and within eyesight of I-24 – captured video footage of the Benton County escapee when he ran near their shop on January 12, 2022.

General Manager Brittnye Mancini shared the videotape with Rutherford County Sheriff’s deputies searching for the suspect. K9’s and officers searched the location but the escapee eluded him.

Mancini monitored the video and employees watched for the escapee until Sheriff’s Sgt. Nick Coble and Sgt. James Holloway returned for another check. The employees insisted the escapee hadn’t left the area.

Coble and Holloway searched again until they lifted a manhole cover and located the escapee inside.

Sheriff Mike Fitzhugh thanked Mancini and the Caliber Collision employees Wednesday (02/09/22) for their persistence in watching for the escapee and following through with the sergeants.

Holloway presented a plaque of appreciation to the employees.

See our past news story HERE.