Shoplifting Case Valued at Over $4,000 in Murfreesboro 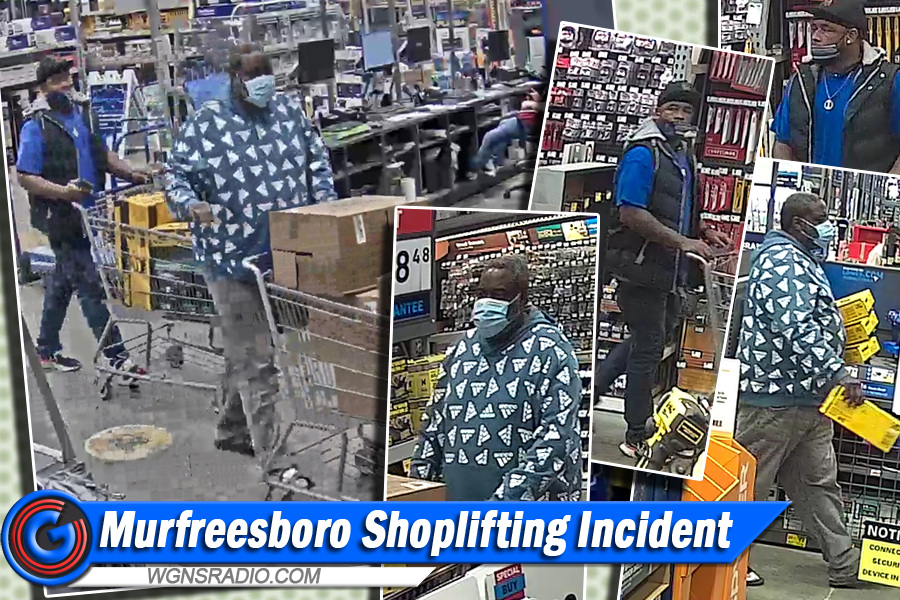 Above photos released by the MPD

The Murfreesboro Police Property Crimes unit is investigating a shoplifting incident that cost one store over $4,000.

Detectives are trying to identify two subjects captured on a security camera at the Lowe’s store on Old Fort Parkway in Murfreesboro. Evidently, the two men captured on video are believed to be “Persons of interest” regarding the shoplifting case that allegedly occurred on February 1, 2022.

ADVERTISEMENT
While in the store, one of the two individuals entered the business and headed towards the plumbing section. The second man entered the building and made his way towards the tools section, according to the MPD.

The duo are accused of stealing two water heaters and numerous tools valued at $4,086.

If you can help detectives identify these men, please contact MPD Detective Ed Gorham at 629-201-5507.