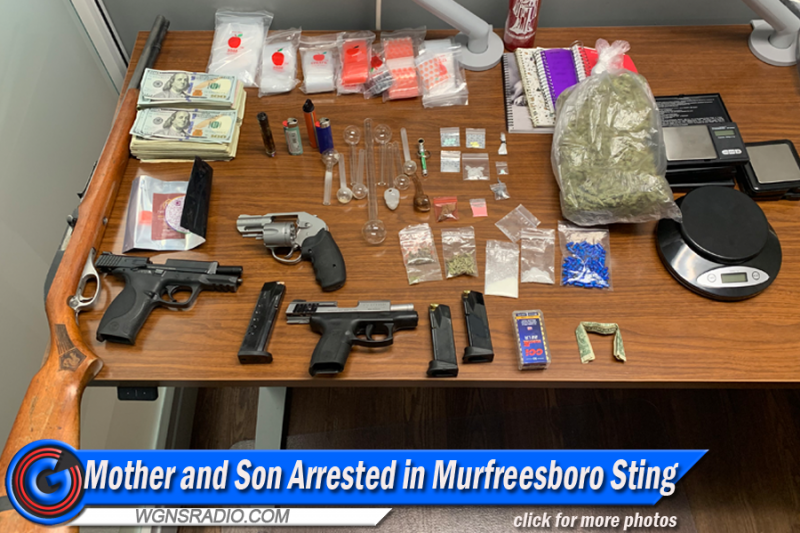 MURFREESBORO, Tenn.  – A mother and son were arrested on drug and firearms charges after members of the Murfreesboro Police Department Special Investigations Division/Gang Unit seized drugs, guns, and cash from their apartment on Monday, Feb. 15 (Click above photo to see more pictures, including photos of the mother and son).

Detectives executed search warrants at the mother and son's Dudley Street apartment and took them into custody on Monday.  The apartment backs up to a daycare center, which could increase penalties if found guilty in a Rutherford County courtroom.

Narcotics detectives seized a felony amount of methamphetamine and cocaine, approximately one pound of marijuana, Xanax, oxycodone, and Amphetamine pills.  Detectives also recovered pipes, baggies, and digital scales that were believed to be used for consumption and resale of drugs.

The investigation is ongoing.