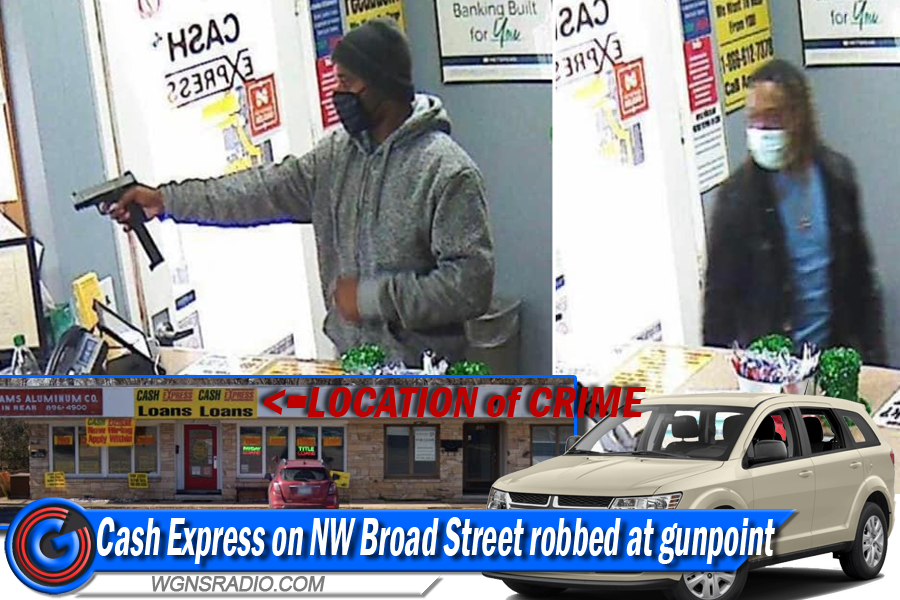 ABOVE: Photo of suspects in crime, released by MPD. Above and bottom left photo, not actual vehicle, but similar.

To give you a better idea of where Cash Express is located, 909 NW Broad Street is across from Hardee’s on Broad and is in a strip center that’s about 200 feet west of the Medical Center Parkway intersection.

They left in a tan Dodge Journey SUV.

If you recognize either suspect, please contact Murfreesboro Police Detective Albert Miles at 629-201-5513.

If you prefer, remain anonymous by phoning your tip to CrimeStoppers at 893-STOP (7867). Not only are you eligible for a cash reward, if your tip leads to an arrest and conviction, but no one—not even the police know who you are.