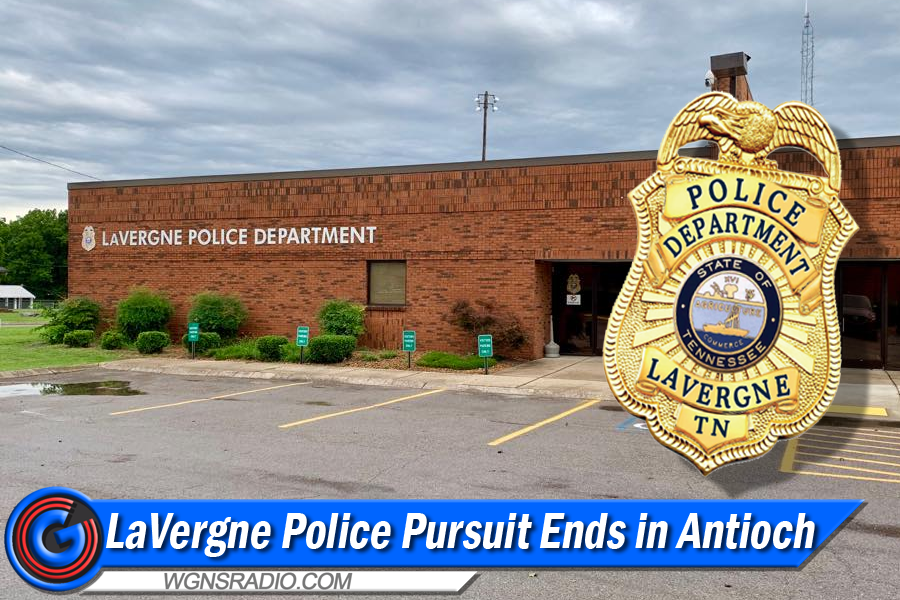 UPDATE: More news on the police pursuit that started in Rutherford County this past Saturday night.

The pursuit unfolded when a LaVergne Police Officer tried to pull over an Infiniti sedan traveling in excess of 100 mph on I-24 West. The driver allegedly refused to stop.

ADVERTISEMENT
Shortly after the pursuit was terminated, the car was spotted again by LaVergne Police at the intersection of Murfreesboro Pike and Waldron Road. A second traffic stop was attempted, and the car again fled, according to authorities. However, during the second attempt LaVergne officers were able to deploy a spike strip disabling the car as it crossed into Davidson County.

After the car came to a stop, the three teen occupants (16-year-old driver, 15-year-old front seat passenger and 16-year-old rear seat passenger) fled on foot. The 16-year-old driver was apprehended a short distance from the car.  The 15-year-old passenger ran toward a wooded area and LaVergne police reported that he ignored commands to stop and a shot was heard as he entered the wood line. Three additional LaVergne officers subsequently spotted the teen in the woods. He complied with their orders to surrender.

LaVergne Police report, “Shots were fired at one of the officers but no one was injured.”

After two of the three teens were placed in handcuffs, police located a nine-millimeter pistol and a ski mask, found near the treed area of where the 15-year-old ran.

Following the pursuit on Saturday night, Nashville Detectives charged the 15-year-old with aggravated assault on a LaVergne police officer because the teen allegedly fired a gun once he fled the car. Because the gun was reportedly fired in Davidson County, Metro Police moved forward with the charge and also added charges for unlawfully being in possession of a gun and evading arrest after a shot was fired as he attempted to evade apprehension.

The 16-year-old driver was charged in Rutherford County with felony evading arrest. The 16-year-old rear seat passenger was released to the custody of his parents.

The gun recovered Saturday night had not been reported stolen. The 15-year-old claimed he bought it on the street for $500. The same teen was charged in Nashville last April with unlawful possession of a pistol, which had been stolen in Franklin.