MPD officers responded to 81 burglaries to motor vehicles between March 1st and April 5th.  The recent rash occurred throughout south Murfreessboro, from Brinkley Road to Joe B. Jackson Parkway.

More alarming is the fact that 13-guns were stolen out of the vehicles.

Public Information Officer Larry Flowers confirmed that the investigation into the auto burglaries continues and no arrests have been made.

Detective Sergeant Tommy Massey said, “We want to remind people to secure their vehicles, not leave firearms unattended and spare keys inside them.” Massey suggested that doing the small things like locking your car door, not leaving the key unattended and removing firearms could help curb both burglaries and auto theft.

In addition to car burglaries, there have also been several vehicles stolen in Murfreesboro - See that news story HERE.

Murfreesboro police have an ongoing campaign called the ‘9PM Routine,’ whereby they encourage people to lock the doors on their vehicles and homes by 9 p.m. nightly.

Police are giving away free guns locks, which are available to Murfreesboro residents at the Murfreesboro Police Department (1004 N. Highland Ave).

If you have any information that could help identify these individuals (see video above this news story), contact MPD Criminal Investigations Division at 615.893.2717. 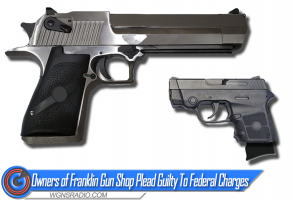