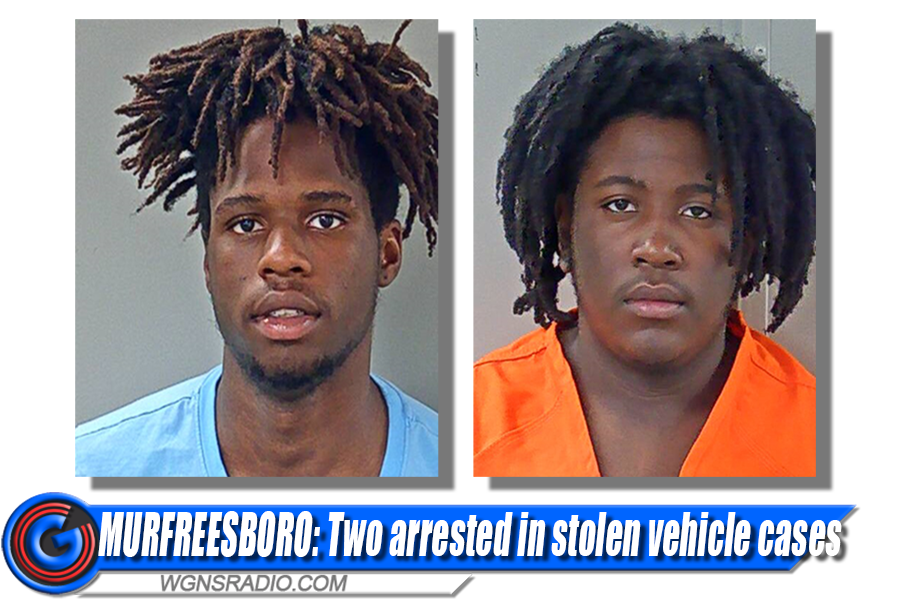 Detectives with the Murfreesboro Police Department have worked several stolen vehicle cases over the past 30-days. According to the MPD, the auto thefts involved vehicles that were left unlocked and the keyfob still inside the cars, trucks and SUV's stolen.

In the recent thefts, detectives arrested 19-year-old Antonio Gooch and 18-year-old Keonza Scales. Both Gooch and Scales were charged with motor vehicle theft for two of the cases.

Murfreesboro police have an ongoing campaign called the ‘9PM Routine,’ whereby they encourage people to lock the doors on their vehicles and homes by 9 p.m. nightly.

Police are giving away free guns locks, which are available to Murfreesboro residents at the Murfreesboro Police Department (1004 N. Highland Ave).

NOTE: There has also been a recent rash of vehicle break-ins. See that news story HERE.

If you have any information on auto thefts in the Murfreesboro area, contact the MPD Criminal Investigations Division at 615.893.2717.