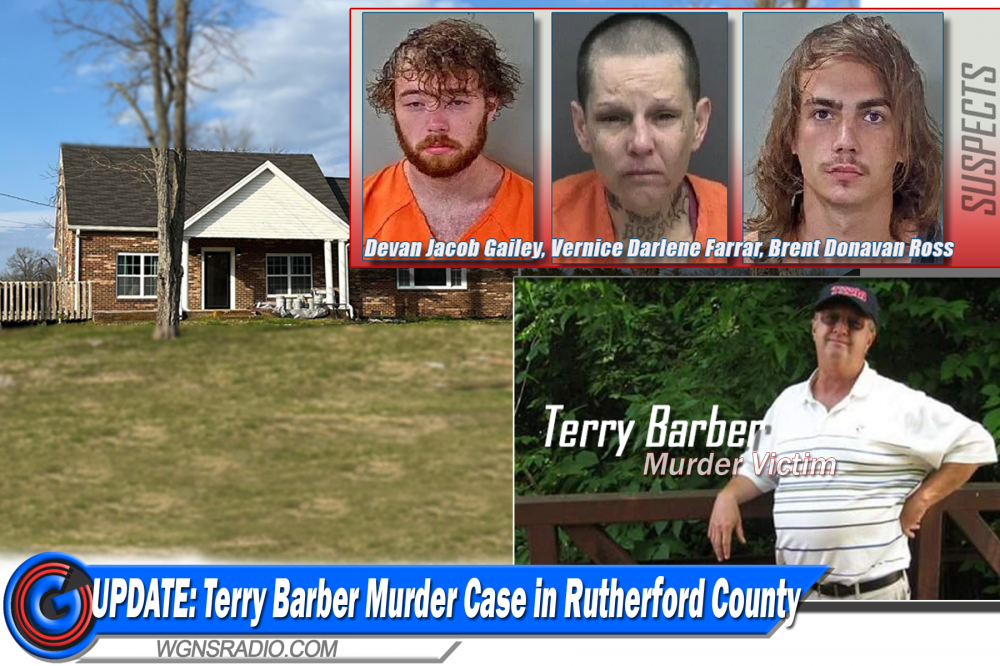 Two of three suspects in the murder of Christiana resident Terry Barber have been convicted in a Rutherford County Courtroom.

On June 26, 2019, Deputies with the Rutherford County Sheriff’s Office responded to Barber’s home on Walnut Grove Road where they found the lifeless body of the 68-Year-old victim. Barber was deceased on his bedroom floor with his hands and feet bound together.

On July 6th, Vernice Farrer will head back to court to be sentenced on the remainder of the counts she faces.

The third suspect in the case is Brent Ross. District Attorney Jones stated…

The victim in the case owned and operated a sports apparel company and sold SEC clothing throughout the mid-state.

Scroll down for more details about the murder of Terry Barber…

Again, Devan Gailey and Vernice Farrer have been found guilty in the murder Terry Barber, a man who lived most of his life in the Christiana area. Ross’ case is still pending in the Rutherford County Courts.

Many residents in the area knew 68-year-old Barber as the man who sold sports apparel. He was often seen at local sporting events, selling SEC clothing throughout the mid-state.

The lead investigator in the 2019 case was Detective Steve Brown with the Rutherford County Sheriff’s Office.

Again, Barber was murdered inside his Walnut Grove Road home in June of 2019